Roborock’s mission for 2020 has been to surpass robot vacuum brand like Neato for the best home cleaners on the market. Their efforts have led us to the Roborock S5 Max and the Roborock S6, two of their higher-end models, yet still, carry a lesser price tag than many of the competition.

So let’s attempt to compare the differences. 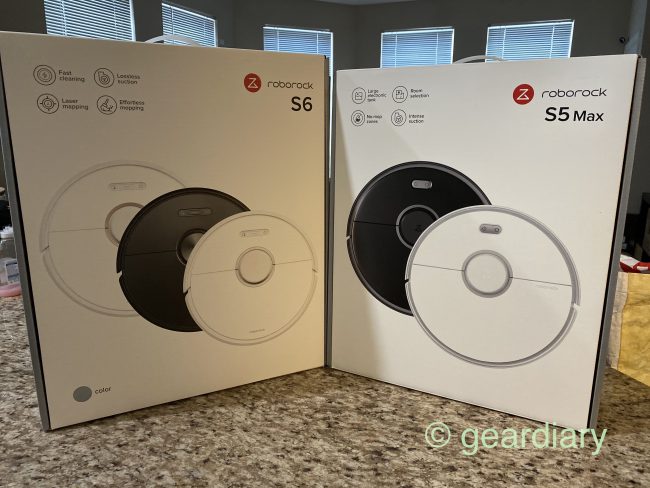 Although one would think that the S5 Max being numerically less than the S6, the “Max” term is the key difference here, building on already existing features such as the brands LIDAR scanning and advanced algorithms that not only help gauge zones to clean but now with the mopping technology built-in, the S5 Max manages to outdo even the S6 in that regard. 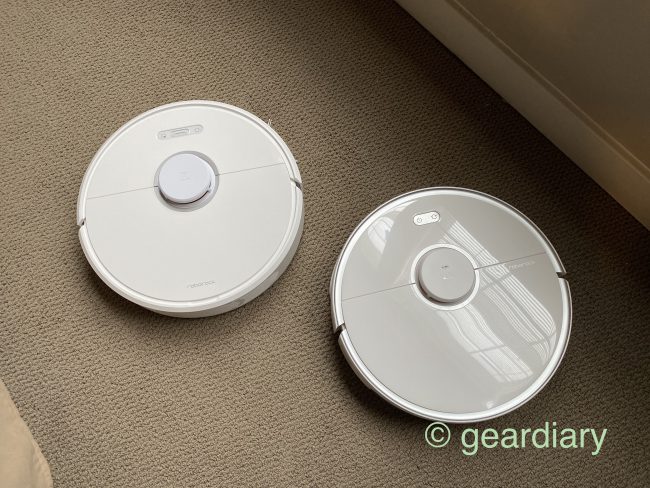 Virtually identical in looks, what sets the S5 Max and the S6 apart aesthetically are the onboard controls at the top of the device. [Click photos to enlarge and begin slideshow] 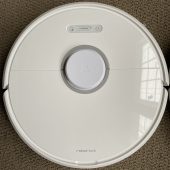 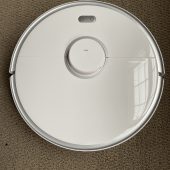 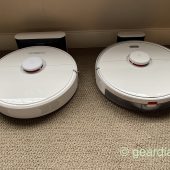 As you can see, the S6 has three buttons that allow you to control modes, as well as signal the vacuum to return to its dock, whereas the S5 Max has a more simplified two-button setup, both “Power” and “Home”. Aside from that, you’ll notice that the bezels around the top of the S5 Max are silver, a slight contrast to the S6’s sheer white frame. 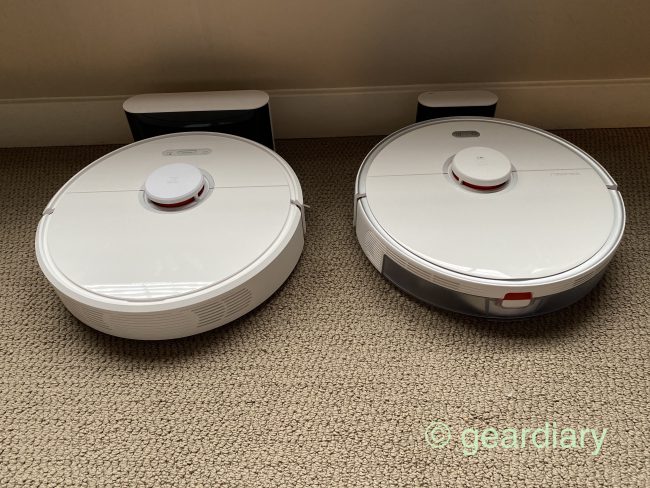 When docked, you notice that the S6’s dock is a bit larger than the S5 Max, which honestly I’ve never questioned until I began writing this. 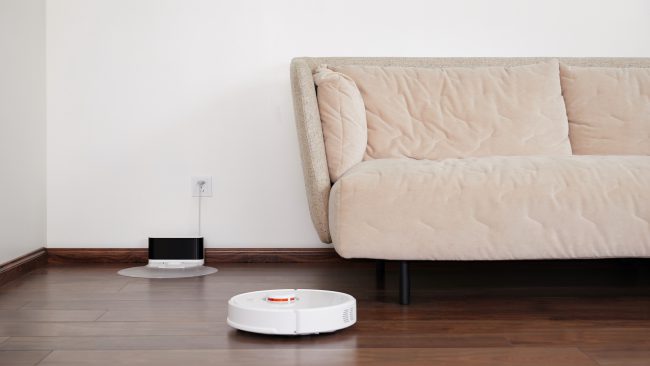 The S6 prides itself on its battery life, lasting roughly 180 minutes on a single charge to accurately clean your home, under furniture, around corners and more before having to be plugged back in. The S5 Max, however, has a new feature called “Intuitive Recharging” that can automatically calculate how much space can be cleaned and returned to the dock to top up just enough power to finish. The S6 doesn’t have this function, however, the docking station is almost twice that of the S5 Max. 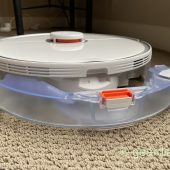 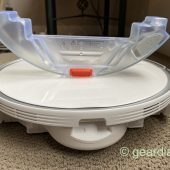 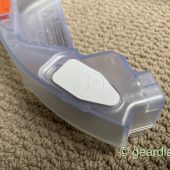 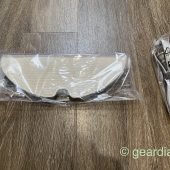 A welcome change is the S5 Max’s ability to mop selectively. With a built-in water tank, it can hold up to 9.8 fl. Oz of water which is enough to mop a 2,000 square foot home in a single go, which is great for my little two-bedroom apartment where the only carpet we have is in our bedrooms. 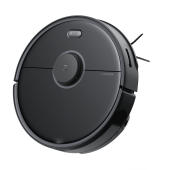 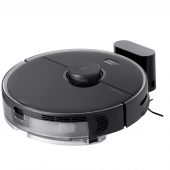 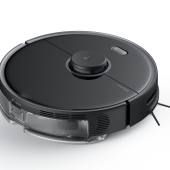 I’ve reviewed robot vacuums before that managed to mop as well as suction, but I’ve always ended up with a damp carpet spot because the robot didn’t know how to switch from hardwood floors to carpet. That is not the case with the S5 Max, thanks to the “Total Water Shutoff” and Selective Room Mopping and No-Mop Zones settings that can not only schedule mopping for different rooms, but you don’t have to worry about water dripping when you go from hard floor to carpet. This makes for an efficient clean. The Roborock S5 Max has a mop pad that allows use on every surface, so even when you transfer from hardwood to carpet you won’t have to interrupt the session to take off the pad. 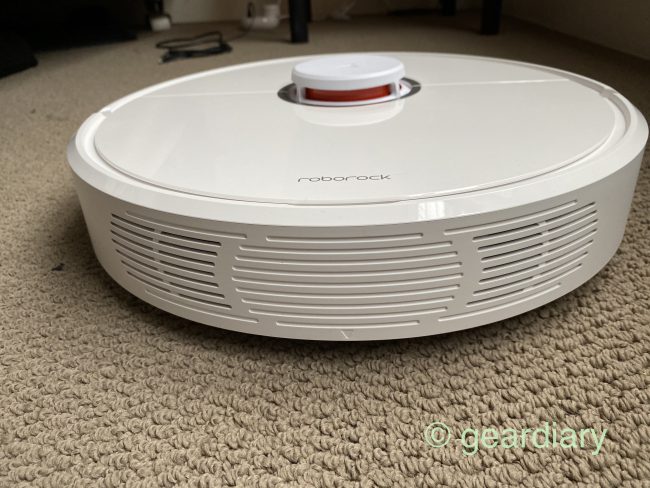 But what if you don’t necessarily NEED all of that, and simply want a vacuum to spot clean on a Saturday morning when you don’t feel like getting out of bed? Both will work for you, but the S6 might be a good fit as well. Both offer up navigation control through an app, but in my testing, I think the Roborock S6 is a little bit more well rounded. Allowing you to store three different floor maps, the S6 can be carried to another floor in your home to clean (granted you’ll have to dock it yourself once the battery depletes), but this is fantastic if you do not want to invest in multiple robot vacuums. 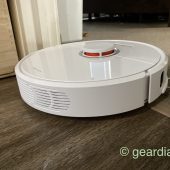 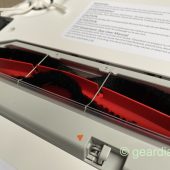 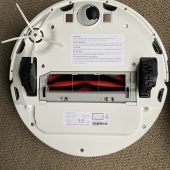 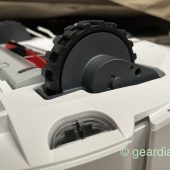 The Roborock S6 can mop just like the S5 Max, but its ability to determine how much water you use on the floor is a killer feature that seems to be replaced by the “smart tank” feature for the S5 Max (but works a bit better.). 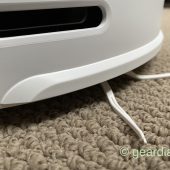 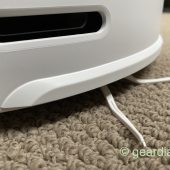 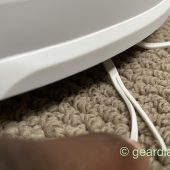 There are little annoyances that I found I didn’t like about both, the main thing being the side brushes. Instead of going with the typical side brushes likee you might find on a Neato, Roborock opted on a three-prong type of side brush that does work as it should and won’t tangle nearly as much as a normal side brush, but it has to work twice as hard to get the same amount of work done. So picking up things such as pet debris, or working in corners and crevices, especially on hardwood make for hard work for both units. In my case, my pet’s hair collects around the legs of our couch, and while the Roborock navigates around the couch well, it tends to push the hair and debris around in circles, and when both get to the leg of said couch, it acts as a catch-all for whatever hasn’t been filtered to the dust bin of the Roborock. 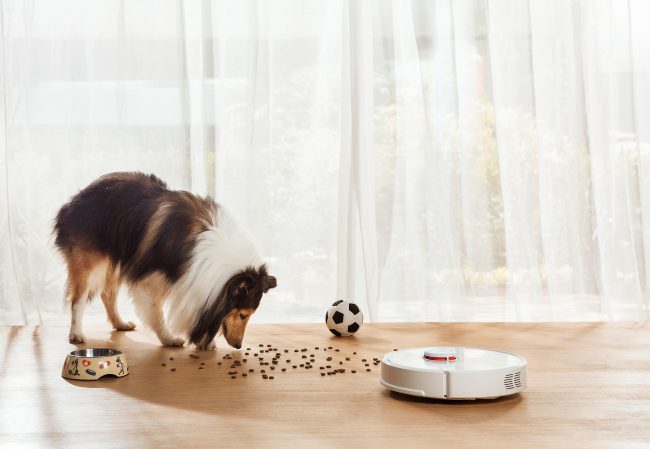 With regard to smart home compatibility, the S6 does not function with voice control while the S5 Max does. So, if you’re a fan of Google Assistant, the S5 Max is the way to go. Not sure if Roborock has any plans on opening up to changing this or not for the S6, but truthfully, the Roborock App is your best bet for navigating both products, thanks to the robust features and functions within the app. With both, you can label rooms and areas with no-go lines that are effective. In my testing, I typically just closed the doors to the rooms I did not want the vacuum in and it managed to do just fine. Not everyone wants to download and start cleaning through the app, and for this review, I stuck to the basics of using the onboard controls to simply clean, and it cleaned just fine. 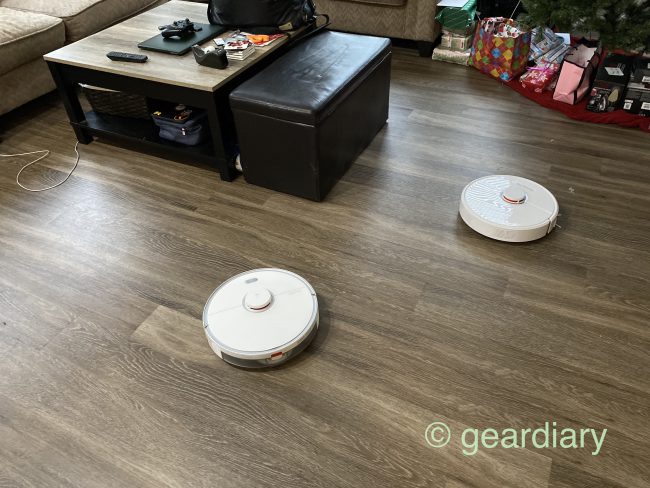 It all boils down to price and how much you’d want to pay; the Robororock S5 Max, available in both Black or White costs $599.99 whereas the Roborock S6 will cost you $649.99. You can learn more here.

What I Like: Roborock S5 Max – I found the S5 Max to be quieter when running than the S6; The runtime is the same as the S6 for a lower price; The Roborock S6 has multi-floor capability and can detect each room automatically; According to Roborock, the S6 cleans up to 20% faster than the S5 Max

What Needs Improvement: Roborock S5 Max – No Go Zones could work a bit better; the sweepers feel like they don’t completely sweep what it should the first time around. Roborock S6 – Docking station is twice the size of the S5 Max; You cannot add cleaning solution to the water capsule — it takes water only