Unless you live under a rock, you’re probably drowning in news about coronavirus, or COVID-19. And if for some reason you have no idea what I’m talking about, stay under your rock, you’re less likely to get sick. But for the rest of us, it’s a balancing act between worrying and living life, but how and why balance those? 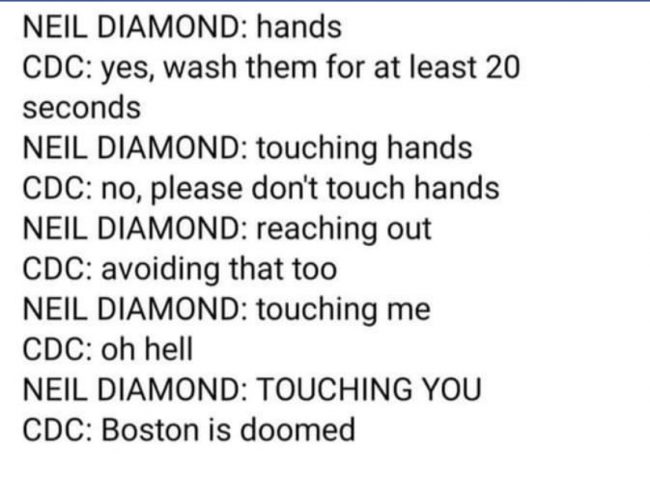 I’m going to preface this by noting that I am not a scientist or doctor, nor did I stay at a Holiday Inn Express last night. But I have tried to educate myself on the virus, I’ve talked to a number of friends who work in science and medicine, and I have a degree in philosophy. That last one seems less important (just ask my parents when they found out I wanted to spend my very expensive liberal arts education majoring in debating whether a chair was truly a chair), but moral philosophy has a lot to say on why we need to exercise caution and wash our hands, even if you’re outside the vulnerable groups of elderly and/or immunocompromised.

If you look at ethical philosophy, a great deal of it focuses on the social contract. In English, that’s the concept behind what binds us as a society, instead of a free-for-all chaotic grouping. Even the most cynical interpretation would argue that it’s a moral imperative to quarantine and contain a virus that is deadly to a small subset of the population because not killing each other is the most basic plank of the social contract. Thomas Hobbes is best known for his description of life as “nasty, brutish, and short”, but he argues that it becomes slightly less of all three if we agree that it’s in everyone’s base self-interest not to kill each other.

And if you don’t subscribe to the rather cynical Hobbesian view that the only thing keeping us from killing each other is self-interest, there’s always what philosopher John Rawls called “The Veil of Ignorance.” He argued in a just society, one makes decisions without knowing where one stands — you don’t know if you’re young or old, rich or poor, male or female … thus obligating you to make choices and create a society as fair as possible that affords civil liberties and opportunities equally. So if you stand behind the “Veil of Ignorance” and look at the steps to contain COVID-19, it becomes clear that we have an obligation to follow CDC and WHO instructions, since without knowing where you stand, you could be immunocompromised, or elderly…and the just society is one that works to protect you. Why do either of these thought experiments matter?

Go onto Facebook, or Reddit, or Twitter, or your social media and news platform of choice, and look at the comments around COVID-19. It’s almost a guarantee that someone will chime in that we shouldn’t be worried, it’s all media hype, and the flu kills over 300,000 people per year, and the young and relatively healthy have nothing to fear from coronavirus. This is more than just a poor interpretation of statistics (the flu’s death rate is .1%, while COVID-19 is currently hovering around 3.4%), it’s an implication that anyone outside the vulnerable population is overreacting. But returning to ethical philosophy, the social contract is what compels us to take precautions, because if life is to be just and fair, not nasty, brutish, and short, it means not killing your neighbor, whether by not braining him with a rock or not exposing him to a respiratory illness.

So please, for the sake of the social contract and a just society, wash your hands, try to stay home if you’re sick, and don’t take your health or that of your neighbors for granted. It’s deeply unfortunate that not everyone in the United States has that luxury, but hopefully, more companies follow the examples of Microsoft, Apple, Google, Facebook, Amazon, and Twitter in paying hourly employees even while campuses and offices are shut down and salaried employees work remotely. Be sure to check out CDC and WHO recommendations for how to stay safe!