Linux may not be the first operating system that springs to mind for the average user, but it has plenty of ardent fans. According to Lenovo’s citations, 2.87% of computer users are opting for Linux, which may not sound like much, but imagine if the entire population of Washington State switched to Linux en masse. Yea, there’s a market there, and Lenovo doesn’t want it left behind. 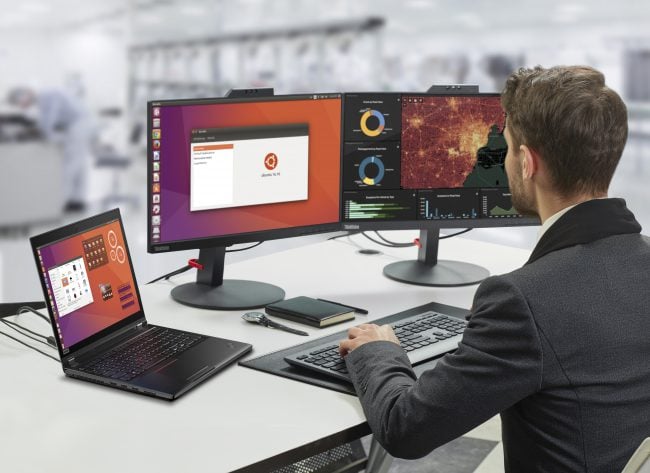 Instead of simply offering a few hardware combinations that are certified with Linux, Lenovo has certified all their ThinkStation and ThinkPad P Series workstations to work with Red Hat Enterprise Linux and Ubuntu LTS. Not only will the computers run Linux right out of the box, but Lenovo will also be providing security patches and device drivers to ensure continued compatibility over time.

All the Lenovo Workstation devices will be compatible, from the pocket-sized ThinkStation P330 Tiny Workstation — yes, that’s literally the name of the computer, and I am very disappointed in Lenovo for not naming the next three Small, Medium, Large just to round out the theme — to the less excitingly named but still very capable ThinkPad Series P53s workstation.

Check out the full line of Workstations for Linux and Windows on Lenovo’s site.