Back in 2012, Steinberg released Cubasis, a fully-featured DAW (digital audio workstation) for iPad with plug-ins, full audio, MIDI recording and editing, and many other professional features. Having used Cubasis on iPad quite a bit through the years, I have always loved how they were able to pack so many features into a mobile platform. Last year’s Cubasis 3 took things to another level, making the iPad version a true mobile DAW. And now Steinberg has brought the acclaimed full-featured mobile studio to Android. 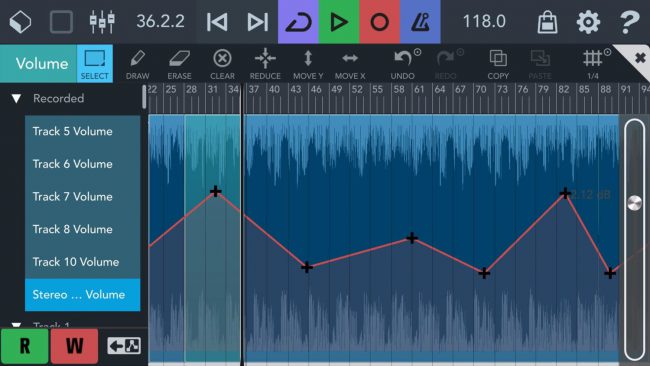 Along with the Android release, Steinberg has released a new update with a bunch of new and improved features. While I haven’t tested it yet, I have been thrilled with the progress they have made adding features while simultaneously improving performance.

• Master Strip Plug-in Suite
Make your tracks sound excellent with this pro-grade mastering plug-in suite, before sharing them with the world. Change the stereo width of your audio with the Stereo Imager, monitor and compress specific frequency ranges with the Multiband Compressor, then use the Loudness Maximizer to boost the overall level of your final mix to perfection.

• Performance Improvements
Timing is critical when you have great musical ideas, they may not wait to be captured! From day one, Cubasis has been designed to enable quick and intuitive operation, allowing you to keep your focus on the music. With extensive performance improvements under the hood, Cubasis 3.1 is designed to work even faster.

• Audio Recording Offset Compensation
Timing is also critical when it comes to recording audio, which sometimes does not match the grid because of latency introduced by the hardware, operating system or the audio engine. Use the all-new offset compensation to let Cubasis auto-sync your recordings with the metronome, keeping you right in time.

• Maintenance
Cubasis is designed by musicians for musicians, providing you with the best possible user experience, outstanding performance and rock-solid stability. Visit us for the complete list of improvements, issues and solutions included in Cubasis 3.1 at www.steinberg.net/cubasisforum.

Grab Cubasis 3 for Android from Google Play for $49.99, and if you are looking for the iOS version, it is here.