A few months ago I got to pick up a copy of Command and Conquer 3. This game had been at the top of the hype meter for almost 2 years prior to being released in March 2007.

The first thing I noticed was the distinct green theme of the box and this makes sense if you have played the previous games in the series. The box came with the usual contents which a strategy game comes with, a tech tree pamphlet, hotkey list, and of course game manual (thankfully this one is short). Luckily I found this game to be a lot easier to install than many of the games I have, therefore, I’ll just skip to explaining the story to anyone who doesn’t know it.

In the world of Command and Conquer, a seriously different timeline exists. The timeline splits around 1918 because Soviet scientists discovered time travel and used it to go back in time and assassinate Adolf Hitler, thus leading the USSR to take the place of Germany in World War II, and making the cold war a real war. Skip forward to the early 90s and the USSR has collapsed and was replaced by a terrorist organization named the Brotherhood of Nod. Around this time a new substance develops called Tiberium, it is found to be extremely toxic, and turns anything it comes into contact with into more Tiberium. Before long the Brotherhood of Nod begins to realize the power of the substance and begins taking advantage of it. In order to deal with this threat, the UN creates the Global Defense Initiative (GDI).

By the time of Command and Conquer 3, the world has been overrun by Tiberium and the world has been divided into zones by the level of Tiberium outbreaks. The worst of these zones, the red zones, are completely uninhabitable and cover 30% of the Earth’s surface. The next worst is yellow zones which are highly contaminated but still habitable and cover 50% of the Earth’s surface. They contain most of the human population, and are almost constantly in conflict. The last zones are blue zones, which cover only 20% of the surface of the planet, and are untouched, or only mildly touched by Tiberium contamination (they are also the home to GDI, which has now replaced the governments of the UN and acts as a government for all blue zones). Later in the game it is revealed that Tiberium is actually a resource that is used by an alien race called the Scrin who are summoned to the Earth, thinking that the planet had already been completely consumed by Tiberium. Misjudging their intent, the president of GDI decides to attack them and in their anger they begin attacks against the human race.

Luckily this game came with a tutorial, which I didn’t need, however, it is helpful for those who are not familiar with real time strategies. Just for the sake of this review I decided to do the tutorial and found it to be quite helpful.

One thing I noticed about this game was its return to the original style of building units on a sidebar and then deploying them anywhere you want in your control zone. This style makes things much easier than other styles where you have one central base, where you train a builder, who then builds your buildings. This way as long as you have your main base or control over your area you can always build. This saved me even more times than I could possibly list. One annoyance in this game though, is how incredibly stupid your troops are, it takes forever to get around, and I really wish there was a way to get a group of troops to go into some kind of formation while moving, like a convoy. Unfortunately, you don’t have that option, they just scatter, things get in their way, they decide they can’t go around them, they get stuck, leaving half your army in your base, and the smaller weaker troops running to their doom. Command and Conquer is based heavily on its strong storyline and ok that summarizes it. The Command and Conquer series is one of the longest lived storylines in video game history, and this new game just builds onto that. A major part of this game which I absolutely note is the amazing graphics. I will gladly tell anyone who believes DX9 has been sucked dry, that they are wrong. C&C3 is a perfect example of why DX9 will still not be dead for some time. That is a fairly satisfying boom. Despite how much I appreciate the graphics, they come at a price. I don’t mean a performance price, as my single video card system was easily able to run full graphics at max FPS. The price I’m talking about is the price of quality. I recognized many of the unit sounds to be reused from the last game, Command and Conquer Generals. I don’t know if they meant for this repetition to be an Easter egg, or if they were just running out of money, but it did at least amuse me. This game cannot put a scratch on games like Supreme Commander, it seems like the development team ran out of money just as they were coming to a finish and just threw something together to fix it up. I’m not entirely sure, but it seems to me that they spend most of their budget hiring big name actors like Jennifer Morrison, Billy Dee Williams, Grace Park, and Michael Ironside. I just have a strange feeling that most of this game’s budget went into paying those actors’ salarys. I’m not EXACTLY sure though. I also tried the skirmish in this game. The AI in this game is quite possibly the hardest I have faced when put on the highest setting. Yesterday, I set one brutal difficulty AI against myself and 5 medium difficulties. We all lost miserably… I’m not even sure how that works. Honestly, I was panicking too much to even take screenshots. So no more screenshots for this game

Luckily, EA might still redeem itself, as they are planning to release an expansion pack early next year. Hopefully, it won’t make me cry inside. Overall, I enjoyed this game; I just didn’t feel it was complete. Perhaps the expansion will fix that. I hope it does fix it anyway.

Command and Conquer 3 is available at EA’s online store, amazon.com, and just about any place that sells computer programs and games.
MSRP: $37.99 on amazon.com
What I like: Amazing graphics for DX9, pretty good game play, and cool explosions.
What needs improvement: Did they REALLY have to put so much money into actors? Seriously, there were better things to put it into.

How I Rate/Review
I like to stick to a 10 base rating system. It gives the reader more information on my actual thoughts about the product, and it helps those who are too lazy to read the article. I would give a 0 rating to something that doesn’t do what it says it’s supposed to, and instead does something else, which it also can’t do; in other words, anything that gives technology a bad name. I call a 10 rating the most amazing thing I ever seen in that category, for example, I’d give cheese a 10 because it’s the greatest thing since the beginning of time. This game got a solid 8.7 so I consider that quite good. 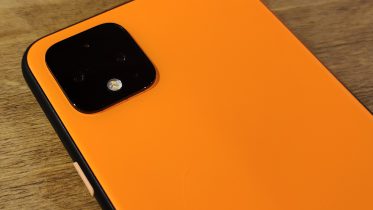 The Google Pixel 4 was released in October 2019; it was the anticipated follow-up to the Pixel 3, which has continued to be a favorite for many Android users due to its solid hardware, amazing cameras, and the stock Android experience. 6 months have passed since the Pixel 4’s release. Did you buy one? Has it lived up to your expectations?