Based on the German legend of Faust, the action adventure game Knights Contract lays the foundation for a strong story involving magic, antagonistic creatures (ranging from snowy to woodland), and human hating witches. Set in medieval Europe during the 17th century, this game centers on the partnership between this immortal warrior and resurrected witch, which is continual and binding…literally.

Take a journey through a medieval world of swordsmen and magic, where witches have been hunted and brutally exterminated. Knights Contract follows the twisted tale of Heinrich, an immortal executioner, and Gretchen, a resurrected witch. Once the victim of Heinrich’s blade by the order of the game’s antagonist, Dr. Faust, Gretchen now has him by her side and the two must work together to rid the land of the supernatural foes who are cursing its people with the black spell of death.

A cursed knight Heinrich Hofmann play the hero…er, anti-hero archetype forced to save humanity who previously dabbled in witch-hunting, which is where the reincarnated witch Gretchen comes in. Now, Heinrich is immortal and Gretchen has the magic powers. The knight responsible for killing witches now has to manage one, but with power and healing benefits for both while the antagonist Dr. Faust pulls the strings behind-the-scenes by supplying destructive creatures to the mix. 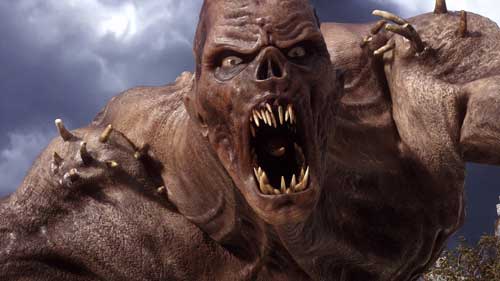 Heinrich can revive after multiple smack downs, but does not have much luck on steep ledges. Gretchen’s demise ends the fun foray even quicker, which also represents the main faux pas in this game – her occasionally amusing and baffling AI movements.  Besides the mutual magic power attacks, Heinrich’s duties resemble a babysitter instead of a knight. These uneven AI abilities for the slow moving Gretchen force Heinrich to pick up his scythe and her while dodge enemies until she is revived.

This issue might force heightened player interest in learning and developing the magic elements quicker. A split-screen camera view for each character would be a welcome addition in possible future installments. Basic commands like “Stay close to me” or “Patrol” would have made a huge difference as well. The logistical challenges in the partnership become unappealing at times, which diminishes the potential role-playing elements.

It seems every medieval times adaptation adds some modern twists (not many witches had mid riffs), but developers miss out on some expanded character development.  There is no real romance between the two, so don’t expect a Fabio-like Heinrich sweeping her off her feet and carrying her away to a secluded rendezvous. Gretchen is overtly sexualized  for an attempt at overall appeal.

Past elements are explained through flashbacks throughout the fairly linear story, which becomes an player advantage since the maps make navigation difficult. The graphics impress except for some fuzzy backgrounds and out-of-synch character lip and facial movements during dialogue scenes.

The goals are clear – lay waste to anything in your path. The male and female teamwork in the problem solving battles eases as players search for and unlock costumes, weapons, guns, equipment, and higher difficulties (Hexen Knight and Witchslayer) though this game has plenty of difficulty. Gretchen has four basic power and specials like the Witch’s Embrace. The combos, counterattacks, throws and finishers blend well with Heinrich’s special powers like Knight’s Fury. Recovery items are vital due to countless enemy waves, friendly fire situations, and the considerably challenging boss fights.

The boss battles incorporate Quick Time Events (QTEs) at certain stages among the multi-leveled battles where bosses have several health bars and players have one, so expect some trial-and-error play. The camera centers on each boss as well and powers do not recharge, which forces players to step it up, gather useful items, and learn the various coordinated combinations.

No online game modes here. A future installment could easily branch out into two fully controllable characters instead of the majority shifting to Heinrich. Main controls move Heinrich with secondary attacks from both protagonists.  The unique revival techniques for Heinrich provide entertaining asides…as long as Gretchen is not in trouble. His revival takes some button mashing, which can get irritating among the occasionally unresponsive controls. The special “finisher” moves provide great advantages in tight spots with the correct button sequence (the wrong sequence can really hurt in boss battles). 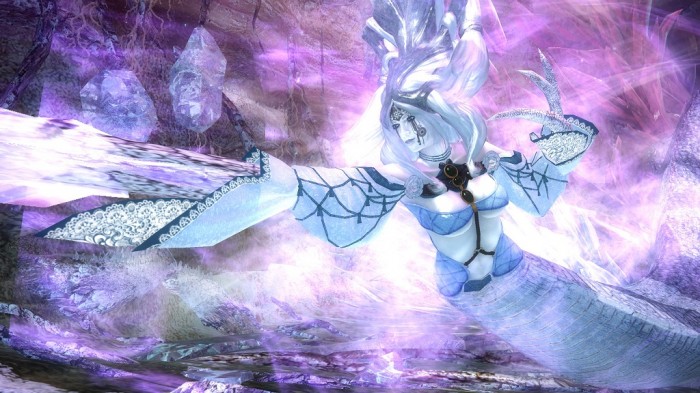 Developed by Game Republic and published by Namco Bandai Games, Knight’s Contract is rated M (Mature) by the ESRB for blood and gore, intense violence, language, and nudity. Also available on Xbox 360.

Where to Buy: Amazon and many other stores

What I Like: Unique story and characters, nice mix of combination powers, challenging boss fights