Posted By: Michael Anderson May 31, 2012
ShareTweet As I play more and more hidden object adventures I have developed a set of criteria that I expect every new game to meet: challenging but beatable hidden object gameplay, challenging but solvable puzzles, a hint system that balances being helpful with making you think, solid technical aspects in terms of graphics and sound, and of course an interesting story. With that list in mind, let’s walk through G5’s latest hidden object adventure CrossWorlds: the Flying City HD!

The Hype:
Teleport yourself into an out-of-this-world gaming experience! After inventing an amazing device that enables travel through parallel worlds, Professor Dumbdore suddenly disappears. Help Professor’s daughter, Monica, track down her father while exploring 4 different worlds. Solve the puzzles of the enigmatic Scientist’s House, fix the inhabitants of the rusty Robo City, travel to the fairytale-esque River World and face the challenges of the Flying City! You will be fascinated for hours with this absorbing puzzle adventure and its heaps of eye-popping quests! The basic story premise is very simplistic – a Professor Dumbdore (yes, I know) with his daughter Monika as an assistant, has developed a teleportation device that takes him to parallel worlds. But rather than waiting for a properly controlled experiment under observation, Dumbdore activates the teleporter and makes an uncontrolled leap! Now it is up to Monika to track him down and save him.

But of course, even starting the chase requires Monika to solve a number of puzzles to get the teleported running again. This means engaging hidden object games, looking for clues and assorted items around the house, solving puzzles and slowly advancing the plot. Once out of the house things get even crazier! Hidden object games are common enough that ‘doing it right’ is expected – but striking the ‘challenging but possible’ balance is tricky. In CrossWorlds you encounter a hidden object game whenever you need to find something – in other words, they are not just randomly placed time-wasters. In each area you will search the same area multiple times, but everything gets shifted around with each passing visit – as though in your haste the last time you shuffled things about. Again this makes sense – and adds challenge. In one area there was a cigar I saw constantly one time … but it wasn’t needed until later, at which point I couldn’t find it until the very end! The puzzles are also very well done and perfectly balanced. There are the usual assortment of wiring match-ups, re-assembly, spinning wheels, pipe routing, fit-the-gears and so on. Again they are all appropriate to exactly what you are doing at the moment and really make sense to the situation.

In terms of the technical details, CrossWorlds takes great advantage of the higher resolution screen of the ‘New iPad’, delivering visuals that rival any PC adventure I have played. The music and incidental sounds are well thought out and add to the experience. Finally, I never had any issues with the accuracy or responsiveness of the touch controls, which made solving some smaller puzzles a pleasure. One of the great things about the game is that while you visit four worlds, they are not merely replicated areas to add game length. Each area has a personality, from the house and lab, through the robo wasteland, into the lush river world and finally the flying city. Each place has characters you meet who respond to you and provide insight and information.

Another thing I appreciated was that the hint system was simply time based – and wasn’t punitive. Too many games make their hint systems so they reward those who do well rather than those who need the help most! Here it is strictly time-based, so sometimes you just have to wait and think it out until a new hint is available. Also, I appreciate that you don’t use a hint just to find out you are in the wrong location! That sort of detail is present throughout the game. I admit to rolling my eyes when I saw that the professor’s name was ‘Dumbdore’, but the intrigue and adventure quickly dispelled any worries from my mind. The character of Monika is largely just the eyes you look through (unlike some other games in the genre), but the rest of the story and world are very detailed and intriguing. CrossWorlds: the Flying City HD will take you at least a few hours to work through, and like most genre games has little built-in replayability. However, for the bargain price of $4.99 on the iPad, it delivers a rich and rewarding gameplay experience that will glue you to the screen until you are done. This is definitely one of my favorite hidden object games, just below the ‘Letters From Nowhere’ and ‘Special Enquiry Detail’ series.

Here is the trailer for CrossWorlds: the Flying City HD:

Where to Buy: iTunes App Store (also available for iPhone)

What I Like: Excellent story; well-developed locations; engaging gameplay; fun but challenging puzzles; no scoring/penalty for taking a while on puzzles; 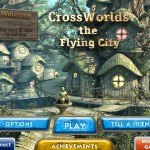 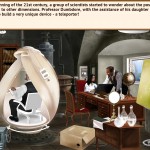 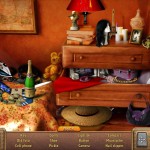 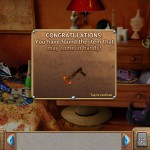 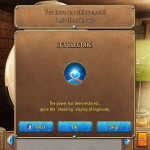 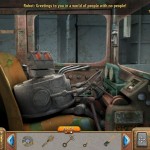 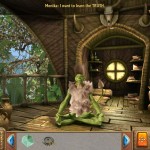