Tales from the Dragon Mountain: The Strix is the latest hidden object adventure from G5 Entertainment, but it has a bit of a twist. Rather than static puzzles and object screens, we have a game that plays very much like a open-ended fantasy adventure. The opening cutscene is one of the longest and most involved in the genre, with an involved introduction that introduces Mina and her grandmother and the link between the two. The question is, do they deliver on the promise set forth in the opening?

The Hype:
Mina’s dreams about her grandmother Kate have become unbearable nightmares. Haunted by one dream of the grandma’s house in flames, Mina takes a trip to her family’s estate in Pozoj. And so began what turned into the greatest adventure of her life! Join Mina, searching Pozoj, solving dozens of puzzles, and meeting mythical creatures. Defeat the evil spirit called Strix in Tales from the Dragon Mountain: the Strix, a fun Hidden Object Puzzle Adventure game! Any game consists of a few key elements – story, structure and gameplay. There are some games that will sacrifice story and structure to some extent, but ultimately gameplay is the foundation upon which any game must stand. So a game like Portal that is essentially a guided 2-hour puzzle has little store and very inflexible structure … but the gameplay was absolute majesty to the point of making it ‘game of the year’ for many back in 2007.

But not every game can be Portal – which is fine, as I have many games in well-traveled genres that I absolutely adore. Most games from G5 Entertainment are fairly standard examples of HOA (hidden object adventure) with a few small twists to the gameplay and structure to keep you engaged.

As I mentioned, the setup for Tales from the Dragon Mountain is intriguing – there were mystical creatures who her grandmother kept safe from the Dark Lord Strix, and since her death they have fallen under control of Strix. Mina now has to step up and protect the creatures.

The end-game is obvious, but the possibilities are tremendous – learning about this fantastic world, these great creatures, more about the backstory with the grandmother and on and on. Sadly, NONE of it happens. What you get is … well, the intro. That isn’t completely true, but unlike games such as ‘Special Enquiry Detail’ and ‘Letters from Nowhere’, characters aside from your side-kick Malik are never developed or given purpose – they merely appear, require something and are gone. And given their intriguing nature, it is dissapointing. But the characters wouldn’t matter so much if the gameplay was intriguing, but sadly that too is a disappointment. At first I was thrilled since you can choose to put the game into ‘adventure mode’ where you need to figure out what to do at each point and how to progress. Most genre games provide a Casual and Advanced mode, which impacts the recharge of the hint time and also how long you need to wait to skip puzzles. Adventure also removes the object highlighting, making it trickier to find items. None of the settings feature the helpful ‘there is nothing left to do here’ found in games such as ‘Lost Souls: Enchanted Paintings”.

The main issue with the gameplay is that regardless of difficulty, many the puzzles are just too easy and repetitive. Worse yet, most puzzles have instruction that tell you not just what to accomplish but HOW to do it, removing any sense of accomplishment. Also, several of the puzzles

There are a few exceptions to this, and they are what the game worth playing. There are some times you need to do combat, and it is accomplished by way of a Match-3 puzzle not unlike Puzzle Quest. In these scenarios it is actually possible to fail and die! It is a puzzle that is perfectly matched to the story elements, and is a welcome change from the rest of the game. Also, now pretty much every new game touts ‘Retina compatible’, but very few games really EARN the title. Tales from the Dragon Mountain has gorgeous graphics that definitely benefit from the enhanced resolution and clarity. The game has six chapters with different locations, so getting great looking visuals enhances the overall impact. The soundtrack and voice acting also work well, adding intimacy and drama to the game throughout and never detracting from the experience.

Looking back it seems that my good and bad points have more or less balanced out, which reflects my experience. Tales from the Dragon Mountain is certainly not a bad game, and offers a few interesting elements that differentiate it from the crowded HOA genre. Unfortunately some of the most pervasive elements are entirely too pedestrian and make the overall experience utterly forgettable. Which is too bad, because the potential is clearly there for an excellent and memorable experience.

Here is the trailer for Tales from the Dragon Mountain: The Strix:

Review: Tales from the Dragon Mountain: The Strix

What I Like: Great setup for story; great visuals; solid soundtrack; some puzzles are excellent

What Needs Improvement: Most puzzles are too easy; characters never developed; formulaic story after promising start. 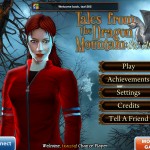 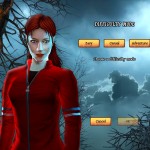 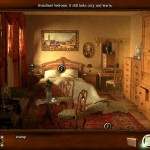 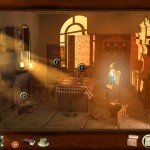