Major features: I have made it pretty clear that my preferred genre of music is jazz, my main guitar is a Joe Pass model archtop, and yet when the opportunity came along to review AmpliTube Jimi Hendrix I jumped at it! Why? Two simple reasons: anyone who doesn’t appreciate greatness in any genre of music needs to open their mind and ears, and because I knew IK Multimedia would deliver a top-notch recreation of the Hendrix sound.

AmpliTune Hendrix is a full-featured addition to the family, with two amplifier models, five stomp boxes and two amp cabinets. It is easy to gloss over this stuff when you get into ‘feature list mode’, but the bottom line is that if you take the time to learn the Hendrix songs and phrase the lines as Jimi would, the sound from the app will take care of the rest. But it isn’t just a bunch of presets, you can tweak and recombine things to craft your own distinct sound.

But what kept pulling me back in again and again was the library of presets matched to classic Hendrix songs. As I show in the video, you can go from Purple Haze to Machine Gun to All Along the Watchtower and each one has all of the individual guitar sounds mapped. The way this was done is both fun and useful – if you were looking to create sounds similar to a specific Hendrix song this is a great jumping off point. And if you just want to load up the sounds, record a rhythm track and then jam with the solo track on top … AmpliTube Hendrix has you covered.

Ease of use/Overall performance: IK has streamlined the AmpliTube apps to the point that you simply expect everything to sound great, for there to be loads of tools like the Recorder, the song mode that allows you to slow down tracks for practice without altering pitch, voice removal tools, tuner and metronome, MIDI capability, iRig Stomp compatibility, tons of sound sharing options and on and on. It all interacts perfectly and doesn’t feel cobbled together, and as you use each tool it becomes second nature.

Would use again/recommend?: Absolutely! I love the way IK faithfully recreated the Jimi Hendrix sound, and how much power they pack into an app for $14.99. 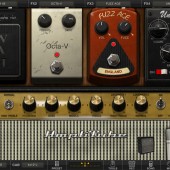 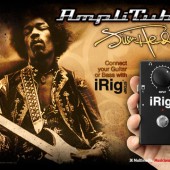 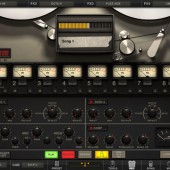