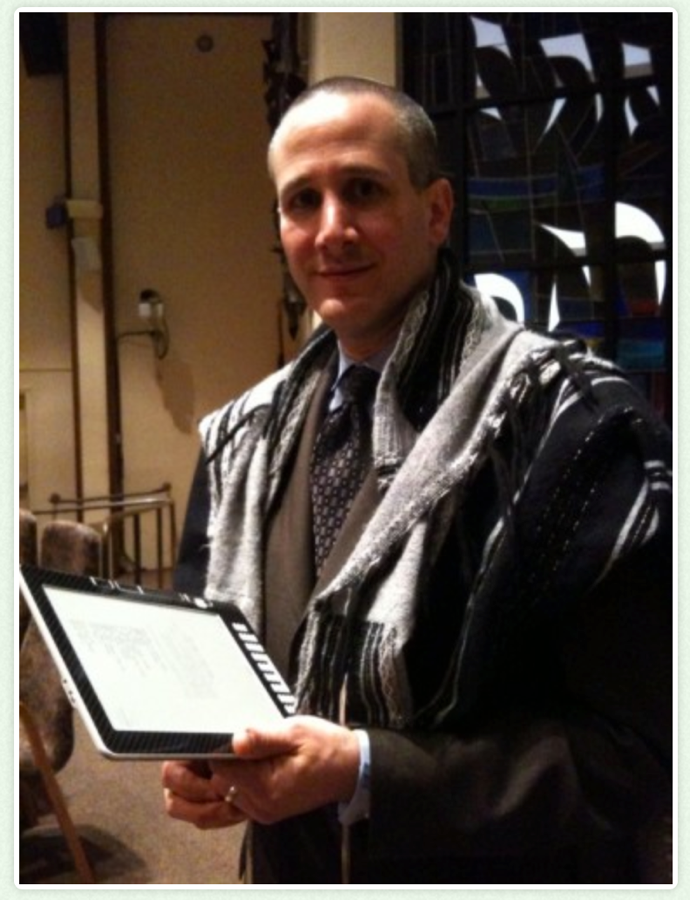 Back in the fall of 2009, Judie wrote a post entitled Technology Meets Tradition: And a Kindle Shall Lead Them. It discussed my use of a Kindle DX on the bimah (pulpit) during the Jewish High Holy Days. Some thought my use of an eBook reader was a bit odd, but for me it was simply a matter of my replacing one book (dead tree) with another more modern version. In addition, as someone on the progressive side of my tradition, I am not bound by the traditional restrictions regarding the use of electronics on the Sabbath or holidays. From a practical side, an eReader puts less stress on my already-damaged hands.

A year later, Carly wrote a post entitled Sunday (actually every day), the Rabbi Used an iPad. It described my move from the Kindle DX to the iPad on the bimah. I had switched devices, but the overall theme was the same — new technology had entered realms where it had not previously existed, and a balance between tradition and technology was struck without the latter replacing the former.

Then, last spring, the Wall Street Journal published an article entitled Matzo Ball Soup, Check. iPad, Check. For Passover, Jews Try Techie Seders. It highlighted my use of Keynote and a MacBook Pro as a replacement for the traditional Hagaddah (the book telling the story of the Exodus from Egypt in a ritualized form during the Passover meal); it was yet another example of the ways tradition was being impacted but not replaced by technology. 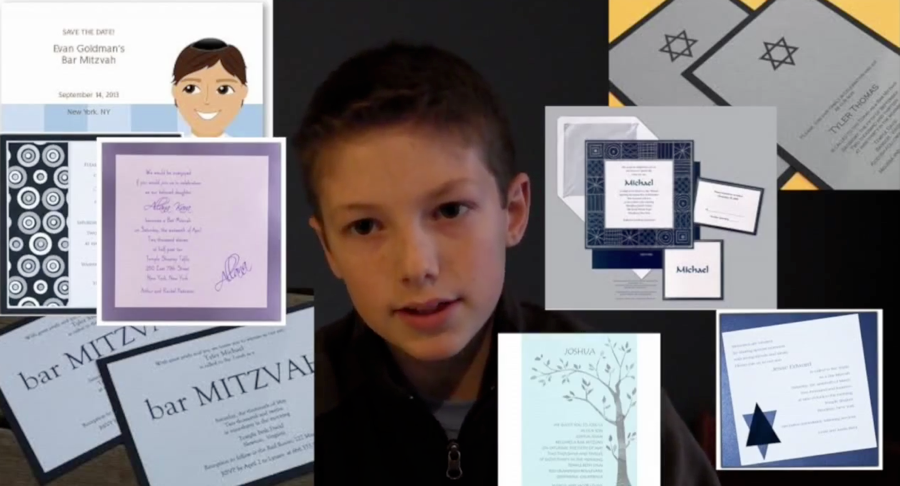 That trend continues. Just last week one of the families in my congregation shared their son’s Bar Mitzvah invitation with me. It was awesome. Instead of creating, printing and mailing a paper invitation to those individuals invited to the celebration, they used technology to create a video and share the link to an invitation that is dynamic, humorous and impactful. Better still, this invitation didn’t kill any trees and won’t take up space in landfills when it is discarded; this Bar Mitzvah invitation came in the form of a video — a Bar Mitzvah VINvite — if you will.

With the family’s permission, I have re-edited their Bar Mitzvah VINvite a bit so as to remove personal information and make it appropriate for sharing here on Gear Diary. It made me laugh, it made me smile, and it reminded me yet again that technology can meet tradition without supplanting it. It is also a reminder that religion and tradition don’t have to take themselves so seriously all the time.