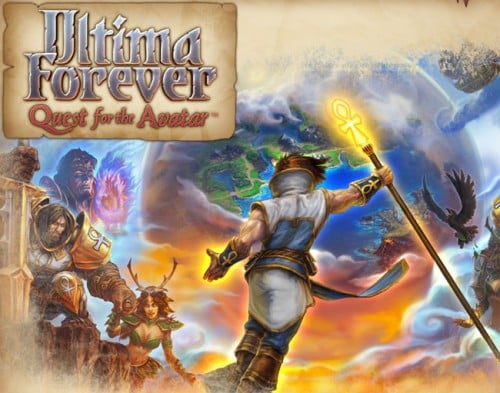 Ultima Forever Quest for the Avatar

There are classics, and then there are CLASSICS … and Ultima IV is one of the absolute classics in all of gaming. I have played it several times through the years, but owing to age and technology changes it is a difficult game for younger gamers to really enjoy. Now it is coming back as Ultima Forever Quest for the Avatar, launching on iOS in the spring of 2013. We have known about the game for a while, but now we get some first looks and a video sneak peek!

Much of the classic Ultima world is maintained, though now it is Lady British who is the leader and series creator Richard Garriott has no involvement. You are presented with choices and quests throughout, and the game meticulously tracks your choices and decisions and feeds them into the rest of the game – everything you do has consequences, which was one of the main hallmarks of the original.

But what has ruffled many feathers is that the combat system has been transformed into a top-down action-RPG. For some this is heresy, subverting the classic turn-based mode. For me, one of my all-time favorite RPGs is Divine Divinity, which has action-RPG mechanics yet is one of the deepest and most engaging games I have ever played. So I will need to check it out for myself before passing judgment.

Another intriguing feature is the four-player online co-op. In the video and previews this looks amazing, but like anything it will need to be proven out in real-world testing as the release date gets closer.

The folks at PocketGamer got some hands-on time, and that is worth checking out for more details on their experiences.

Check out the official trailer:

Head to the official Ultima Forever Quest for the Avatar site for all the details!