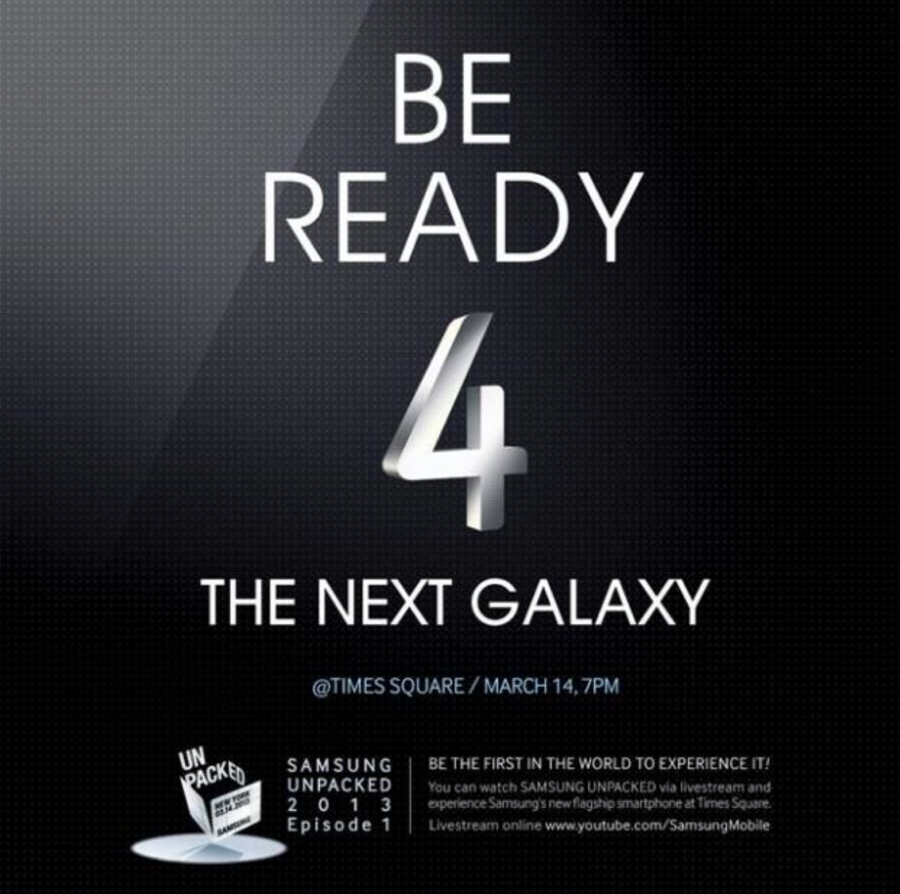 Despite what Apple might want you to believe Android has matured into an impressive mobile operating system and Samsung is on a roll. Over the past few weeks I’ve had a chance to spend some serious time with the Samsung GALAXY Note 2 and the Samsung GAXAXY Note 10.1 with Verizon 4G (that review is coming soon). I have to admit I’m impressed by what the current version of Android offers when paired with Samsung’s hardware. No, I’m still not a fan of the plastic bodies Samsung is opting to use but the actual experience of using their devices is better than ever. This evening Samsung will be revealing the Samsung GALAXY S4. It is a big deal for the company who is taking over Radio City Music Hall for the Samsung GALAXY S4 event.

We expect the Samsung GALAXY S4 to be a bit larger than its predecessor, pack in  a faster processor and sport more RAM. After all, smartphone apps are becoming more and more powerful and, when combined with some of the amazing tech Samsung is putting in their devices, the demands placed on mobile devices are greater than ever before. What special surprise features the Samsung GALAXY S4 will offer as well as its battery life will be revealed early tonight.  We’ll be live blogging the event so joint us shortly before 7pm EST for a first look and initial impressions.