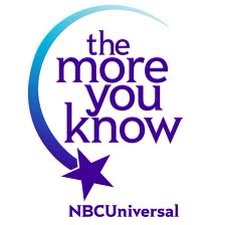 A few weeks ago, there was a lot of buzz about vulnerabilities in Apple’s security — and as a result, they rolled out two-step password verification — I tried to encourage my dad to enroll his Apple ID in it as well as my mom’s. I might as well have been speaking a foreign language, because he stared vacantly at me, shrugged, and said: “I’m sure it will be fine.” If he won’t listen to me about using smarter passwords for better password safety, then hopefully he was watching NBC, because tonight I saw a “The More You Know” PSA about creating and using more secure passwords!

Admittedly it was very basic advice — Bryan Williams, Al Roker, Matt Lauer and Savanah Guthrie all claimed to use ridiculously simple passwords like “1234” or their dog’s name, and then they explained why that’s the wrong way to do it. However, since they only had 30 seconds, they mostly summed it as “Use more complex passwords, but not so complex you can’t remember them.” That’s certainly better than “1234”, and while it’s true that as a reader of Gear Diary you probably have more complex systems in place for yourself, NBC’s core audience is probably not as tech-savvy, and even that bit of advice will probably help a few viewers.

It just struck me as interesting that password security is now enough of an issue that it’s worth a “The More You Know” along with spots giving advice about cyber-bullying and the importance of teachers. It’s unfortunate because it means security breaches, especially due to weak passwords, are becoming even more common; it also shows that NBC is at least trying to reach out and help their viewers. The choice of people pitching the PSA is no accident either; Bryan Williams and the cast of “The Today Show” have more credibility for the average viewer than, say, the cast of “Whitney”.

If this made you want to brush up on your passwords (it did for me!), then you should check out this Lifehacker infographic for tips. And if you use a password app on your smartphone, tablet, or computer, leave some suggestions for smarter passwords in the comments!