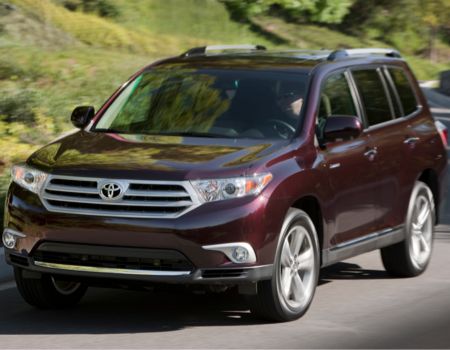 That’s kind of a shame, as Toyota’s midsizer offers quite a few variants of its three-row CUV including choice of powertrains – four- or six-cylinder gas or hybrid engines – and front- or full-time four-wheel drive, along with choice of base, SE, Limited or new Highlander Plus trim grades. 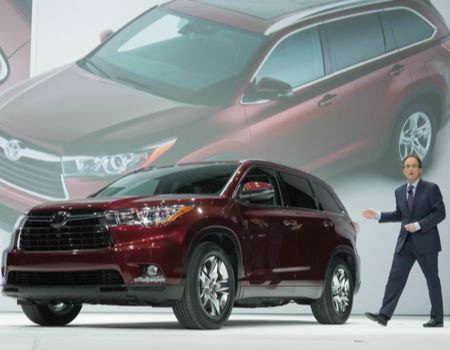 The current Highlander is the second-generation of the nameplate that received a mid-cycle refresh a few years ago. I say “current” as just recently at the New York Auto Show Toyota introduced an all-new third-gen model that will arrive as the 2014 Highlander and features serious styling enhancements among other things. 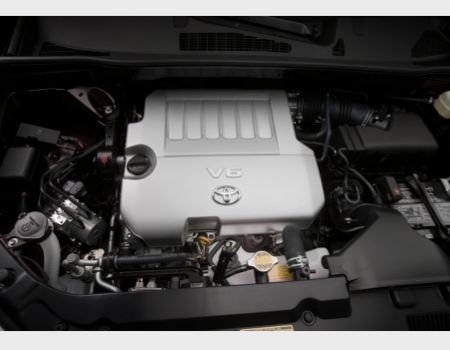 The 2013 Toyota Highlander that recently graced our test driveway arrived in the Limited 4WD version with 270hp 3.5-liter V-6 engine under the hood. This powertrain is backed by a now-outdated five-speed automatic transmission and delivers 17 mpg city and 22 mpg highway, something else that will have to be enhanced in the new model. Those fuel economy figures are no longer acceptable, despite capabilities of 4WD and three-row seating as the latest V-8 engines are now capable of those numbers.

Despite its 4WD running gear, the Limited tester proved to be quite comfortable on the road where it most likely will remain. Consumers wishing to purchase a utility that will see offroad duties, however limited, will most likely opt for stablemate 4Runner or perhaps the FJ Cruiser instead. Regardless, should the pavement come to an abrupt end, the Highlander will be able to continue on in most any condition. 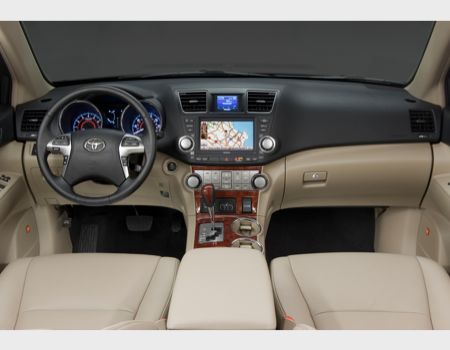 While exterior styling seemed to remain fresh throughout Highlander’s life cycles, its interior design strategies have continued to baffle a bit (along with that in Tundra, among others). That two-tone dash finish looks as if Toyota employed a pair of designers but would not let them communicate with each other before implementation.

Nonetheless, our eyes should be on the road and not the interior panels, so this should render as a moot point. 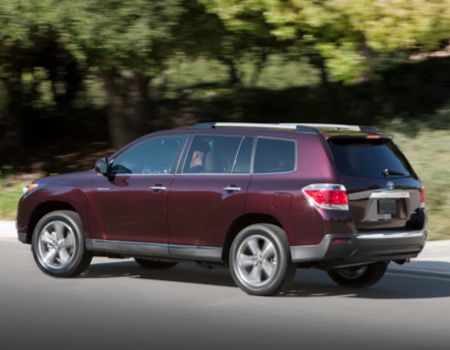 While 17-inch wheels and tires are the base choice on most Highlanders, Toyota rolls a set of 19s underneath its Limited models, upping the ante on style points. And as with all Toyota utility models, Highlander receives all the latest safety technology available to date via the automaker’s Star Safety System – vehicle stability control, traction control, electric power steering, and ABS with electronic brakeforce distribution and brake assist.

Highlander models can be ordered with a host of creature comforts as well, including JBL audio system and Entune multimedia system featuring Bluetooth technology and a host of mobile apps and data services including traffic and weather. 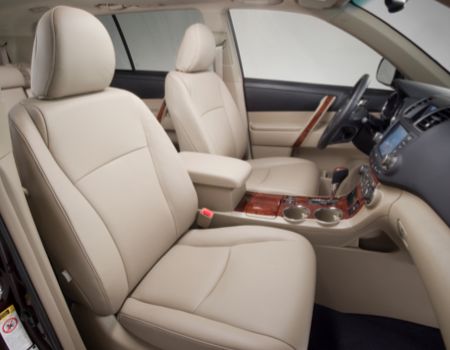