Posted By: Michael Anderson May 1, 2013
ShareTweet 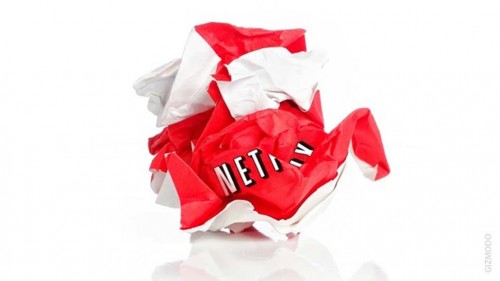 Netflix to Lose 2000 Titles in May

This past November, I got a ‘one month free’ thing to rejoin Netflix, so I signed up … and we’ve kept up the subscription ever since. Now, between Amazon Prime, Hulu Plus and Netflix, we are covered pretty well and are getting closer to ‘cutting the cable’ … once we can get Time Warner to agree that fewer services should make our bill lower!

One reason I had joined and quit Netflix a couple of times before was due to the selection – when we had the DVD plan and started moving to streaming the selection was … um, lacking. Then after the split between DVD and Streaming plans, we tried again (another free month deal), and once again found that anything we wanted we could get on Hulu+ or Amazon Prime.

But this time around there was just enough stuff that was exclusive to each service to make it worth keep all of them for a while. But apparently Netflix is trying to push away customers like me who only grudgingly keep the service — they have announced that nearly 2000 titles are leaving their catalog during May — out of a library of 60,000 titles.

There are a bunch of sites covering the loss of titles in detail, including UPI. Slate has some details from Netflix and Warner, and The Atlantic Wire also has some perspective.

One bit of speculation is that since many of the dropped titles are older releases from Warner Brothers, this is related to the new Warner Archive instant streaming service that launched last month. Naturally everyone involved denies that, and it might simply be a coincidence, or maybe Warner had planned the launch around the time these movies expired from Netflix.

Netflix’ spin on what is happening is that it is part of their strategy to become an “expert programmer” rather than a “broad distributor.”I honestly have no idea what the cost is to maintain a larger library of rarely watched older films, but the reality is that older ‘art’ films like Woody Allen’s ‘Stardust Memories’ have never drawn huge crowds; however, they are very much worth watching, so removing them does a cultural disservice to subscribers.

For comparison, losing 2000 out of the 60,000 title library is like the iTunes Music Store suddenly losing a MILLION songs!

I haven’t had much time to go through the service to see whether the TV shows and movies we subscribe to are available, and that all of the movies in my ‘instant queue’ are still around. Depending on what those lists look like, we might consider canceling our subscription.

What do you think? Have you noticed a difference in availability?