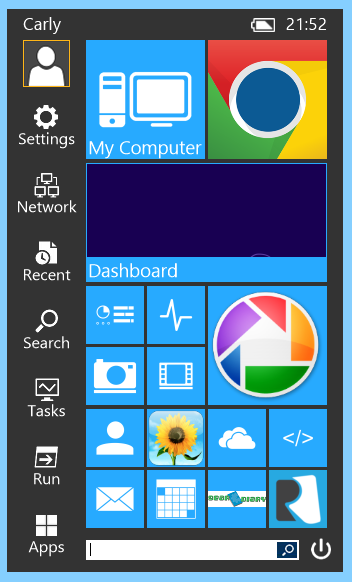 If you’ve read my review of the Toshiba Z930 Ultrabook, then you know two things: I loved the computer, and I hated Windows 8. Much of that animosity comes from the awful Start screen/Dashboard, which is obviously designed for touch interfaces and not mouses and keyboards. ReviverSoft thinks they can help people like me with their newest product, the Start Menu Reviver. Can it get me to accept Windows 8, or at least tolerate it? Read on to find out!

Installing and setting up Start Menu Reviver is a snap. Once you download it, there’s a quick setup that remaps your windows key to Start Menu Reviver, and a small icon that looks like the Windows flag is added to the taskbar. If you don’t want to remap your windows key, you can easily change that in settings, so it’s easy to switch around based on your workflow. The Start Menu itself is great; it’s like the Windows 8 dashboard, and the old Start Menu have merged. So you get the benefit of a tiled look, but in a compact, Start Menu-sized package. I chatted with the CEO of ReviverSoft about Start Menu Reviver, and according to him, the tiled design was not an accident. They were aiming for something that worked well with both touchscreen/hybrid computers as well as traditional mouse and keyboard Windows machines, and it works quite well. They also purposely aimed to evoke the tiled/icon style of smartphone user interfaces, since that’s become quite familiar for the average user, and it works well at making the Start Menu immediately clean and easy to use. 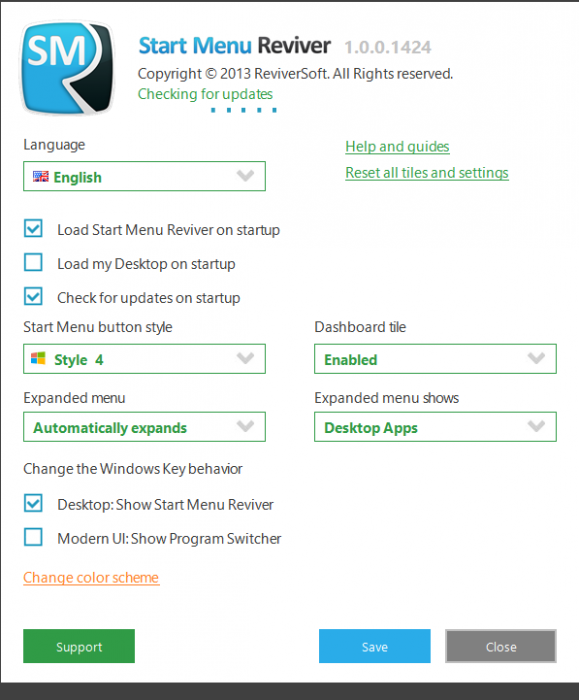 You can also easily customize just about everything about Start Menu Reviver. Want to change the color scheme? That’s easy. You can delete, rearrange, and add tiles to customize the Start Menu to your specific needs. In fact, the initial setup leaves several tiles blank to make it clear you can change it around.  If you rely heavily on having a solid Start launcher, you can really drill down and add all sorts of shortcuts, like websites. I have Gear Diary’s WordPress page bookmarked, and I’ve even added the Gear Diary logo to the tile. 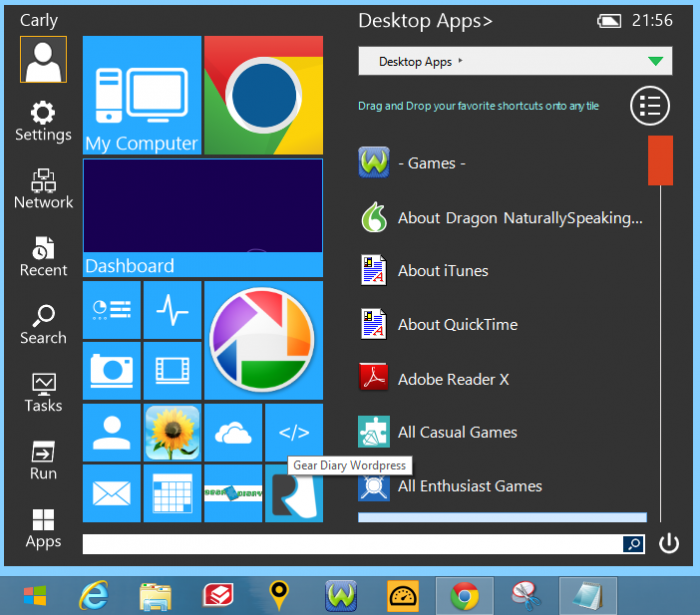 I really, really, really like Start Menu Reviver. It combines the best parts of Windows 8 — yes, I will grudgingly admit there are good parts — with the best parts of a traditional Start Menu. You can search apps, launch Windows 8-style apps as well as desktop apps, and access all the settings and other “under the hood” information you might need. The best way to describe Start Menu Reviver is that it’s the missing link in Windows 8. It is truly the Start Menu that Windows 8 should have had from the beginning!

What I Like: Adds a tiled, clean Start Menu to Windows 8; can customize with shortcuts and apps to your specific workflow; significantly better than the Windows 8 dashboard