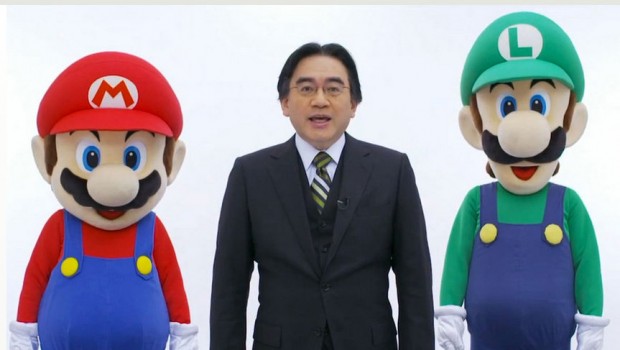 Nintendo concentrated on boosting their game library, especially for the Wii U console and handheld 3DS console, in their annual E3 presentation (pre-recorded) this year (they still have their regular large display area).

Players can get their own taste of E3 by taking advantage of Nintendo’s partnership with Best Buy. Select stores will off advanced playable demo versions of Super Mario 3D World, Mario Kart 8, The Legend of Zelda: The Wind Waker HD and Donkey Kong Country Returns: Tropical Freeze on Wednesday, June 12 at 4-8 p.m. local times and 1-5 p.m. local time on Saturday, June 15.

Super Mario 3D World will feature four-player gameplay (Mario, Luigi, Princess Peach and Toad) in cooperative or competitive modes. This Nintendo 3DS game will feature a new cat transformation and is set for a release this December.

Mario Kart 8 (coming spring 2014) will feature a new anti-gravity feature and will include gliders and motorbikes. The Legend of Zelda: The Wind Waker HD (releasing this October) features the remastered Nintendo GameCube game and replaces the Tingle Tuner with the Tingle Bottle (Miiverse),

Donkey Kong Country: Tropical Freeze hits the Wii U this November in a side-scrolling adventure including the Dixie Kong character. Other features include underwater swimming and unique camera perspectives/options. 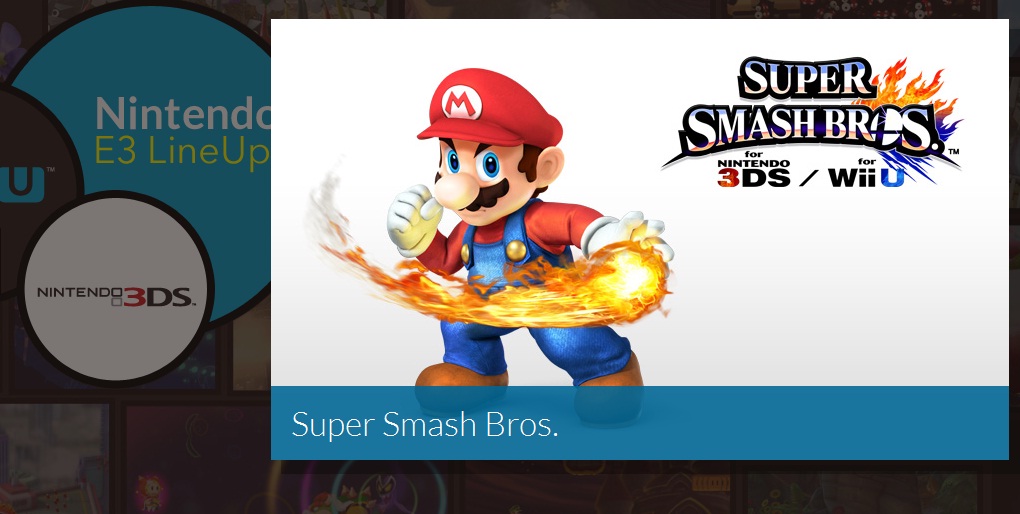 Super Smash Bros. featuring classic Nintendo characters and Mega Man will release for Wii U and 3DS in 2014. Bayonetta 2, developed by PlatinumGames, will be an exclusive Wii U release in 2014 as will a new open world fantasy game from Monolith Soft involving human-shaped robots.

In The Wonderful 101 (Sept. 15.) players lead a band of superheroes through a character called Wonder-Red to fight off alien invaders on Earth.

Wii Party U (October) will feature several mini games and  board games on the big screen and/or Wii U GamePad controller while fitness fans can get moving with Wii Fit U in December.

Nintendo 3DS game announcements include Pokémon X and Pokémon Y (both on Oct. 12), which will introduce the Fairy-type Pokémon. The new Pokémon-Amie feature will expand trainer interaction.

On the Wii U, Pikmin 3 (Aug. 4) will feature several creatures on the Wii U with related battles, challenges, puzzles, and vital interactions. Mario & Sonic at the Sochi 2014 Olympic Winter Games will include snowboarding, bobsled, skiing, and figure skating pairs and will involve fantastical Dream Events.

New Super Luigi U will give Mario’s brother Luigi his own Wii U experience in conjunction with New Super Mario Bros. U (80 new courses) as well as a stand-alone retail version on August 25.

Mario & Luigi: Dream Team (Aug. 11) will be an action RPG set in the real world and inside Luigi’s dreams.

Just Dance 2014 will start grooving on the Wii and Wii U on October 8 while Wii U/3DS game announcements include Scribblenauts Unmasked: A DC Comics Adventure (fall 2013) and Sonic Lost World (holidays 2013)

Do you think Nintendo made a strong enough showing or were they overshadowing by the XBox One and PlayStation 4 excitement?