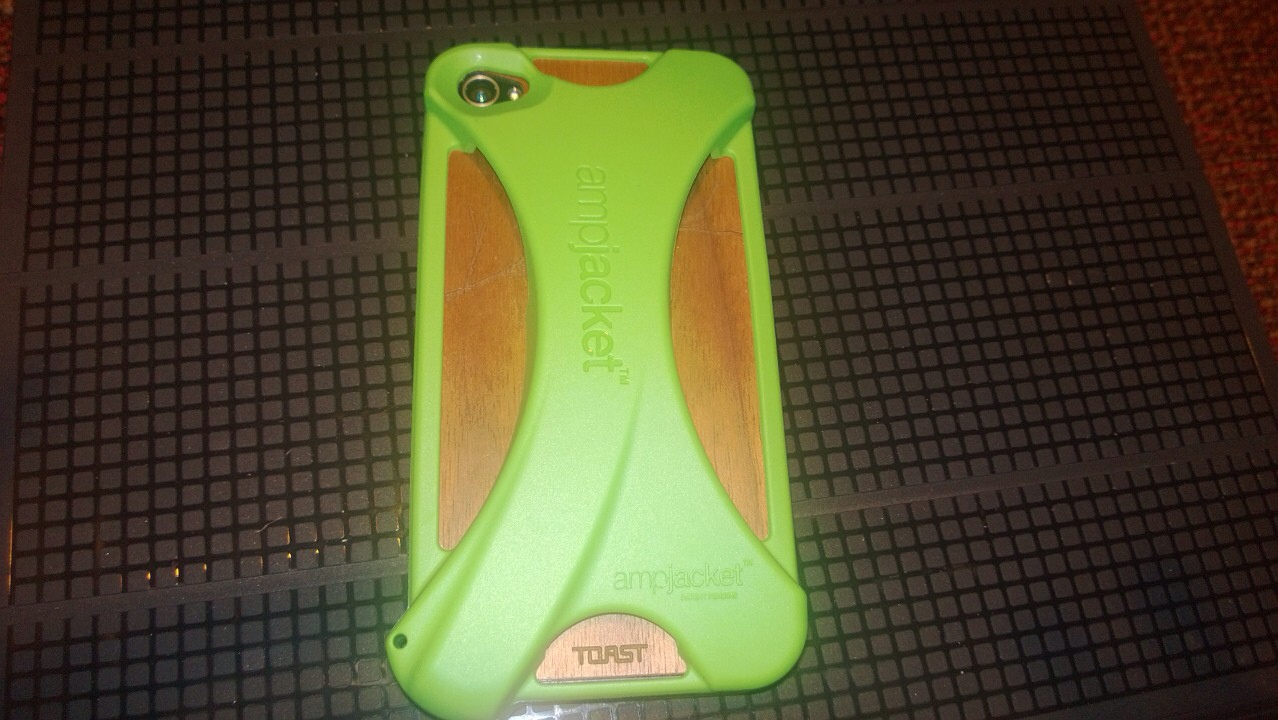 The iPhone has some amazing multimedia features, but you need headphones, a Bluetooth speaker, or some other sort of stereo system to really appreciate them. The built-in speaker is ok, but nothing mind-blowing. What if you need a sound boost, but don’t want to lug around a full speaker system? The Ampjacket aims to deliver boosted sound in an iPhone case, but does it live up to the promise? 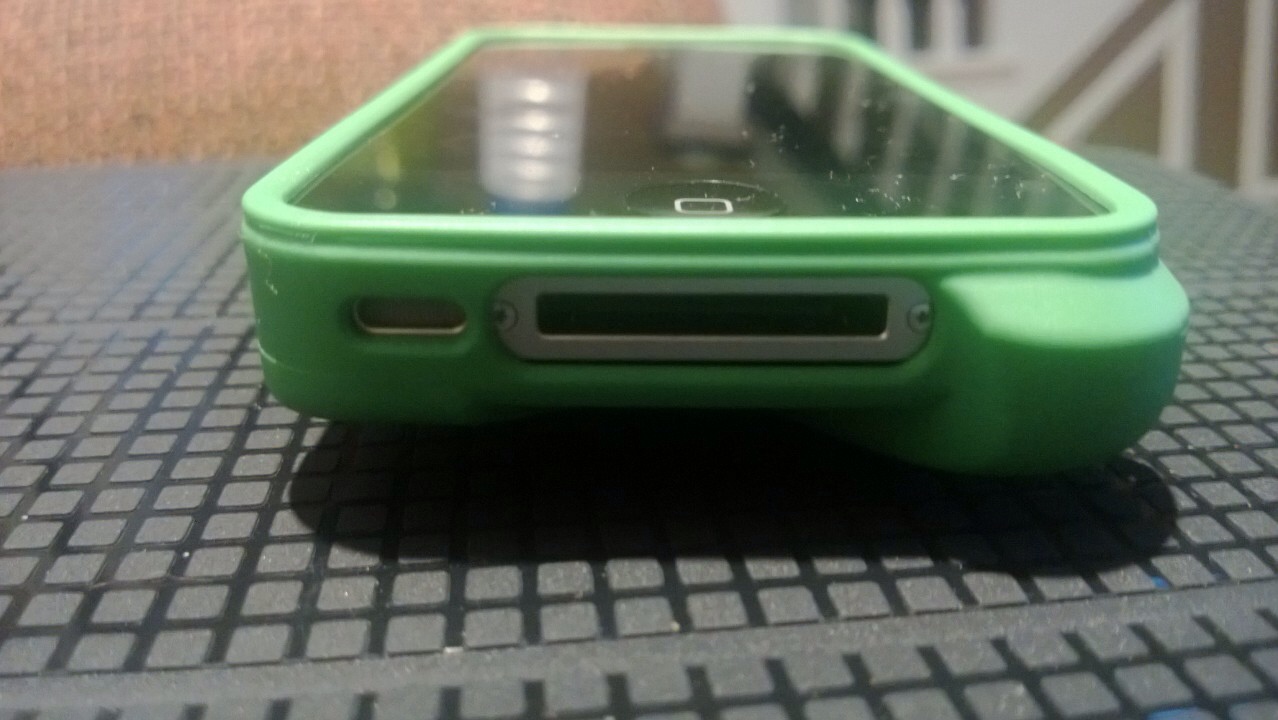 The Ampjacket is a simple case made of a soft plastic material. Inserting the iPhone is simple, and the Ampjacket is quite protective with a slight lip around the edge for front-facing protection. There are cutouts for the headphone jack, volume buttons, mute switch, dock, and power button. There’s also a large hump starting at the bottom right over the speaker and extending along the back of the case. There are two large cutouts that leave the back partly open, and the protruding swoosh/hump opens at the top of the iPhone. The case is visually striking, and it actually looks nice enough that you could use it all the time. The only drawback to it as an everyday case is that it basically doubles the thickness of the phone due to the hump that acts as an amplifier. 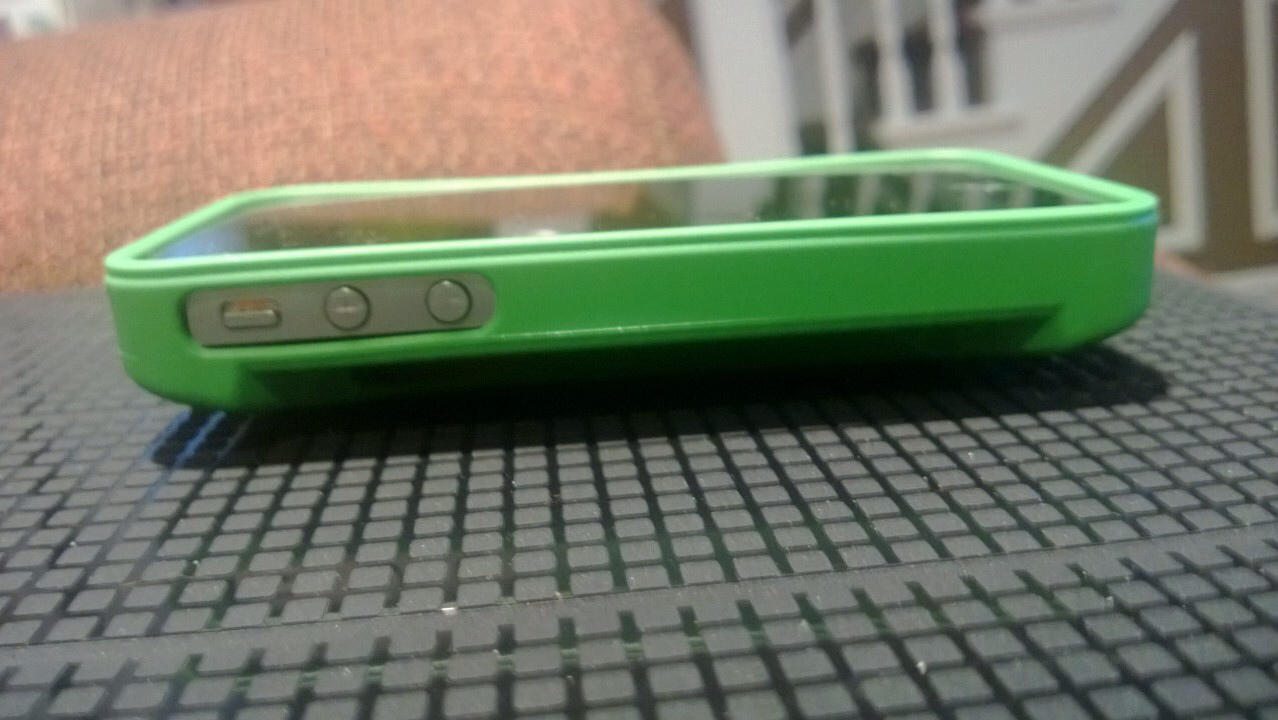 However, as much as it makes the iPhone thicker, it does work, mostly. I can’t say that it sounds louder, but it definitely redirects sound towards the top and sides of the iPhone. I pulled up a few youtube videos and found that they sounded a bit more pleasant and less rough through the Ampjacket than via the iPhone’s main speaker, but it wasn’t as dramatic as it is from an external speaker. However, if I were spending a great deal of time on speakerphone, this does project better than the regular speakerphone, and I could see it being useful.

In fact, Sarah is intrigued by this case for that reason. Her earpiece in her iPhone has gotten weaker, and she’s been relying on headphones and speakerphone for long conversations. This case lets her talk on speakerphone with a bit of a boost, which is at times more convenient than fumbling for a headset. The downside, and the main issue with the case is that it’s just very thick. It’s thick enough that if you don’t think you’ll use the amplification feature regularly, I can’t see someone using this case over portable external speakers. The price is another issue; at $29.99, it’s just below the cost of many capable portable speakers. Given the choice, there are far more options that don’t make an iPhone double in size AND offer a significant change in sound quality for the same price, so I think the Ampjacket, while attractive and well made, is a bit of a niche case.

What I Like: Well made; improves iPhone speaker; fits the iPhone well even with a back skin on the iPhone

What Needs Improvement: Expensive for what it does; makes the iPhone significantly thicker