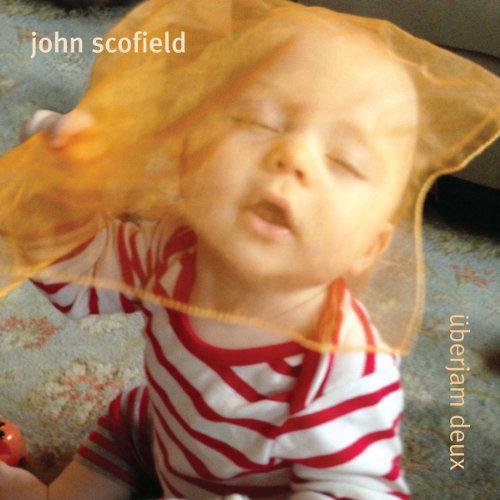 Artists seldom revisit their work, and too often when they do it is a disappointment. Jazz legend John Scofield wanted to take his Uberjam in a new direction, and the resulting UberJam Deux show the mark of everything he had done before or since, and represent a new horizon for the jam-band jazz style he pioneered. Don’t miss it!

Uberjam Deux, has been a decade in the gestation, following in direct line of descent from 2002s Grammy nominated Uberjam; not that Scofield has been inactive in the interim, far from it. There have been seven John Scofield albums in the intervening years, as well as five others on which he is a co-leader on the project. His last Emarcy release was A Moments Peace (2011), a luxurious album of ballads ¬ the polar opposite of Uberjam Deux. It’s rare for an artist to be able to play more than one style of music with true fluency, virtuosity and sincerity John Scofield is one such artist.

In anticipation of Uberjam Deux, I looked at the original 2002 Uberjam album, recounting my love of the tracks and overall feel of the recording. Listening to that brought me to a mood to make a playlist of my favorite Scofield recordings – 1981’s Shinola, 1984’s Electric Outlet, 1986’s Blue Matter, and of course Uberjam. Each of those recordings is great on its own, but also represents a critical stage in musical and compositional development for Scofield.

When I started listening to UberJam Deux, it was through the narrowly focused lens of an Uberjam ‘sequel’. And in that regard I found I didn’t like it as much as the original. But by the time I was in the middle of Endless Summer (3rd song) I realized I was asking the wrong question.

Because while Uberjam Deux might be a follow-up to Uberjam, it is much more than that. The compositional style calls to mind many of the classics from Electric Outlet and Blue Matter – songs that are fresh and nearly ‘standards’ more than two decades later – and it is in the way that Scofield weaves together a tapestry that includes the jam-band style and his unique compositional style that makes this such a great album.

From the start of ‘Camelus’ we hear grooves built up slowly, but rather than just launch into extended soloing, the band has a number of melodic and harmonic forms to play and slowly expands on those while also deepening the groove. The end result is something that transcends any of the singular styles Scofield has played in the past – and is one of the best records he has ever released.

‘Quick Hit’ Song: “Endless Summer” – starting with a swirling flanged synth-drum and dropping into a groove that has elements of techno, funk, rock and jazz, the melody quickly joins in and takes us in an entirely jazz direction – but the underlying elements never let go of the funky feel. There is a complex structure, but an immediately accessible groove that is infectious and compelling.

Would I recommend?: Absolutely! While the original Uberjam remains my favorite, Uberjam Deuz joins my top 5 recordings from John Scofield, and rates even higher with my family.

Suggested audience: Because John Scofield has always included elements of funk and rock his music has generally been accessible yet complex. Carrying in some techno elements and deeper funk grooves expands his palette so that my rap and electronica loving kids have been jamming to these tunes since I started playing the album.