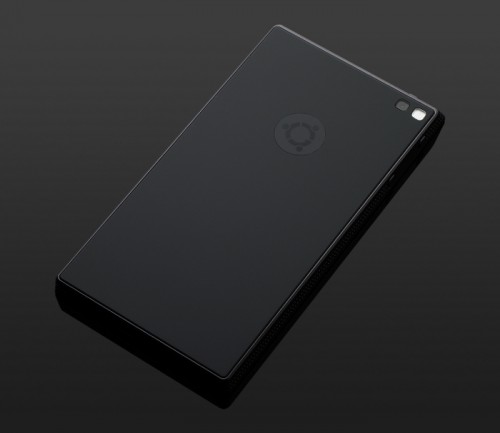 The Ubuntu Edge failed to meet the lofty 32 million dollar crowd funding goal that Canonical set.  I hate to say I told you so, but I did back when the campaign first started. Is this a success for Canonical and Mark Shuttleworth or a failure?  Read on for more.

The campaign ended a few days ago, and there are many different opinions swirling around the net about this.  Some say that it set the crowd funding record.  I say it didn’t.  Why?  It didn’t fund! They raised 12.8 million dollars which is impressive, but because of how they set up their campaign, it all has to go back.

Why did it fail?

First, like I said at the beginning, many Linux based phones have failed and are still failing.  This phone is too techy for it to get mainstream acceptance.  While I love the idea of plugging the phone into a dock, and having a fullsized Ubuntu desktop at my fingertips is totally appealing to me and a lot of my Linux friends; is this appealing to the rest of the world?  No.

The Ubuntu Edge was also set to be a phone that would dual boot between Ubuntu OS and Android. Other than total geeks like me, who would want to dual boot their laptop let alone their phone?  No one.

Finally, even if it was a success and had raised the 32 million they wanted, it probably still wouldn’t have been enough. For proof, look no further than Microsoft and the Surface RT.  Microsoft took a 900 million dollar LOSS on the Surface RT. They sold around one million Surface RT devices. Asus themselves have stepped away from Windows 8 RT as well.

What do they need to do to make it a success?

The concept itself is interesting, but there are many things they should change before the attempt it again.  First, they should probably look into ditching the dock idea.  It sounds interesting, but I don’t think that the mobile hardware is there yet to pull that off. They weren’t the first to come up with that idea.  Bill Gates himself predicted this in his 1995 book titled “The Road Ahead”. Bill called the device a Wallet PC. Something you carry around with you all the time. The smartphone is the closest we have to that, but with the current hardware available it’s just not feasible yet. It will happen, but I don’t think people are ready for it yet.

Once they have made up with the Linux community, they should try to make not one, but two devices.  They could even do what Google has been doing with Android.  Offer up a straightforward device that’s geared for the every day user. Then offer up the same phone with the ability to hack the heck out of it. Put full-fledged Linux apps on it.  At that point, they’d have BOTH the regular users and the developers, because you have to appeal to both sets of people; otherwise this will just be another failed Linux phone project.

While the Ubuntu Edge project got a lot of press coverage, it still ended up failing.  It still did some amazing things for crowd funding. It also got the Ubuntu name in front of the mainstream by appearing on CNNMoney. Many people had probably never heard of Ubuntu before this, and if they’re curious — now they can try the desktop I already use every day. That ain’t all bad.