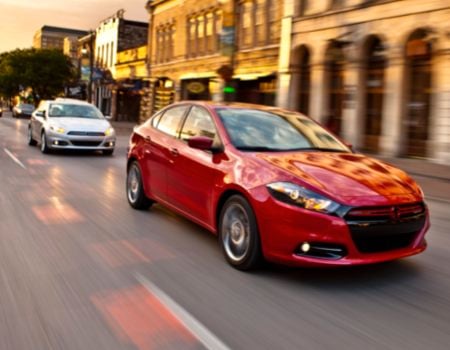 Fresh from bankruptcy recovery and newfound corporate leadership, Dodge is slowly clawing its way back into the automotive market with new and improved product and it has even resurrected another well-known name from the past and given it new life (a la Alfa Romeo) in the form of the all-new 2013 Dodge Dart compact sedan.

No sooner had the ink dried on the corporate restructuring papers did Dodge begin work to bring an all-new compact vehicle to the U.S. market. Hoping to rekindle success it found in the Neon a couple decades ago it was decided to source the architecture for the new car from its newfound global family and the Alfa Romeo Giulietta was chosen. 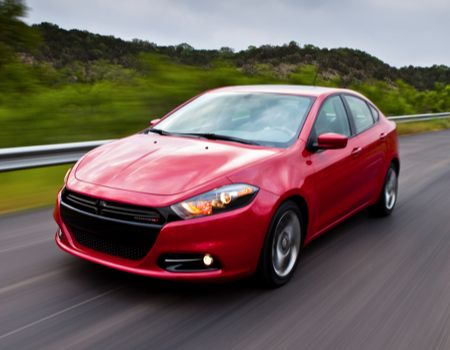 For the new Dart, Dodge engineers had to lengthen and widen the Italian (similar to what happens to many when they come to America) while still offering the agility and dynamics Giulietta was known for. Aerodynamics were also a major point as engineers and designers spent more than 600 hours in the wind tunnel during the development phase.

What arrives at dealerships is a compact car loaded with the latest amenities and safety technology on a sporty chassis in six trim levels (SE, SXT, Rallye, Limited, R/T and Aero R/T) with three powertrain offerings.

We received the SXT Special Edition model outfitted with the new middle-of-the-road Tigershark 16-valve 2.0-liter four-cylinder engine rated at 160hp and backed by six-speed Powertech automatic transmission. A six-speed manual is standard fare with the engine and perhaps that mating would have provided a bit more excitement during our time behind the wheel. While we found the new chassis to be quite dynamic, the powertrain failed to keep pace which was kind of disappointing with its 24 mpg city and 34 mpg highway fuel economy ratings. Hey, if you’re not going to give me class-leading fuel economy give me class-leading performance. 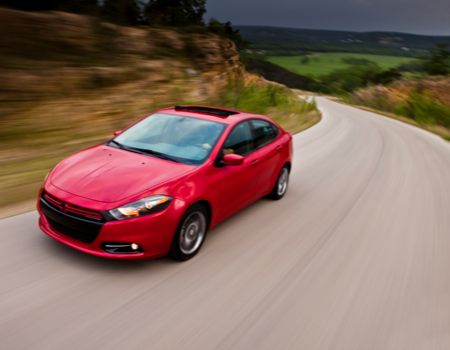 Other engines offered are the 160hp 1.4-liter MultiAir turbo four and the new 184hp 2.4-liter Tigershark four. Dodge has also introduced a new six-speed dual dry clutch automatic gearbox that is receiving mixed reviews by my colleagues as are similar transmissions from other automakers. Personally I’ve tested this technology in a Ford Fiesta and was not impressed.

The new Dart is quite comfortable and is certainly not what we’ve come to expect of Dodge lately in a compact offering. Inside and out the new car leaves one feeling that the automaker actually spent some time thinking through this one with extra attention given to interior components. Buyers no longer feel “cheated” thanks to a nicer offering of materials and content and all done in a very competent manner. 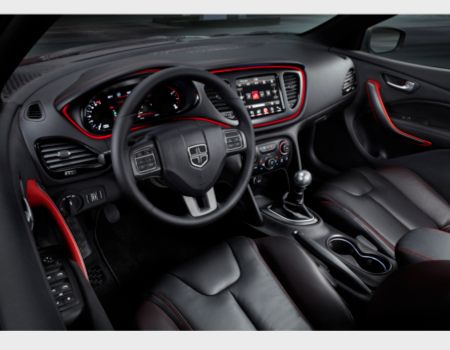 The interior feels roomy and offers a comfortable ride on most all road surfaces with little noise, harshness and vibration transmitted back into the passenger compartment or the steering wheel.

Design-wise the new compact takes some styling cues from its larger siblings and while not looking exactly like a Charger “mini-me” the new Dart does have a fairly attractive appearance, one that seems to be getting shared by quite a few automakers in this segment, Honda, Hyundai and the new Corolla just to name a few.

Pricing starts at just under 16 grand with our SXT Special Edition tester rolling in at $21,425 thanks to the giant 8.4-inch touch screen display and technology package. In terms of scale, this monitor looks fine in the new Ram 1500 pickup dash but in the compact Dart its like taking your big screen TV along for the ride – in other words, awesome. 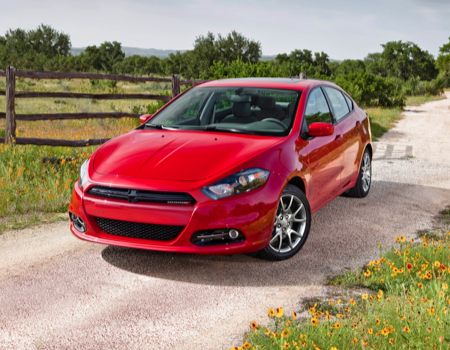 Comparing this car to the all-new 2014 Toyota Corolla we recently reviewed I find the driving dynamics to be better in the Dodge while powertrain response in the Corolla wins by a slight margin and overall I urge buyers to give the new Dodge Dart serious consideration before buying your next compact vehicle.

Dart is not going to single-handedly turn things around for Dodge and the Chrysler Corporation but it is a good example of what they can accomplish, and when coupled with newfound life for the Fiat brand and rising success of the Ram truck brand things are certainly looking up for Detroit’s No. 3. 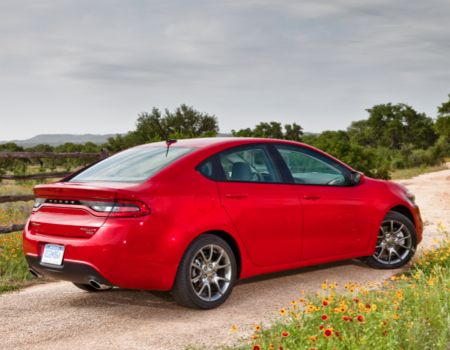