Codemasters rocks the game racing world again with a free Demolition Derby Mode download for GRID 2. It’s available for Xbox 360, PC, and PlayStation 3 versions of the game … and it is very cheap compared to the Mono edition. 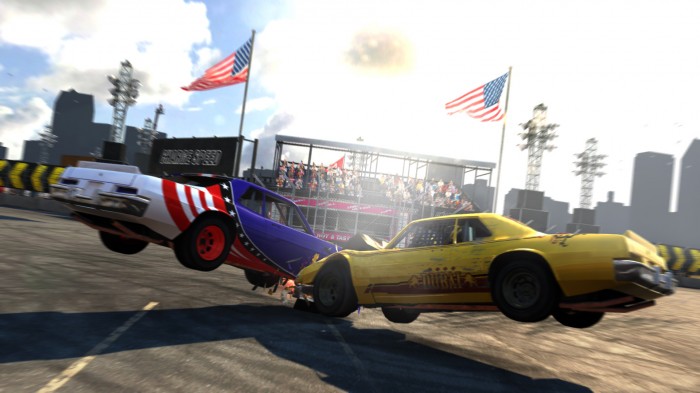 Time to smash someone else’s car in GRID2’s new demolition derby mode available as a free download on Xbox 360, PC, and PlayStation 3

Players can get an updated demolition derby experience previously seen in Codemasters’ other racing game series with DiRT Showdown. This “fan favorite” mode offers an appealing component to the motorsport masterpiece GRID 2, which features single player experience and multiplayer split screen and online modes using the RaceNet free online community hub joined by over 500,000 players since the game debuted.