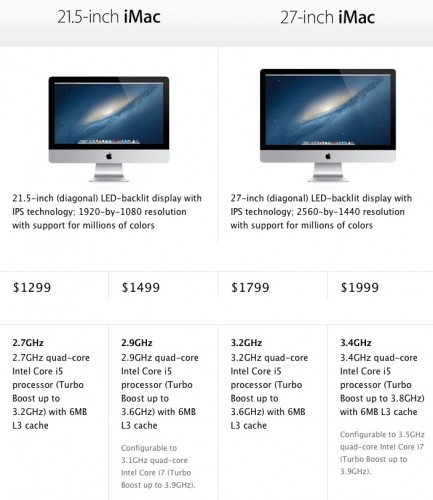 We get so used to Apple introducing products with over-the-top hype and fanfare, so it is always a refreshing surprise when we discover that Apple has … um, refreshed one of its product lines. Yesterday Apple released an update to the iMac line, with upgraded processors, new graphics, next generation Wi-Fi and faster PCIe flash storage options.

Updated Graphics: even at the bottom end the Intel Iris Pro graphics system is very capable for games, movies and more … and at the top end the NVIDIA GeForce GTX 780M is just insanely powerful. To put it in perspective, the Iris Pro is faster than dedicated graphics cards you would buy with an iMac just a couple of years ago!

You can read the press release here, or check out all of the specs and purchase options here.

What do you think of the new iMac lineup?