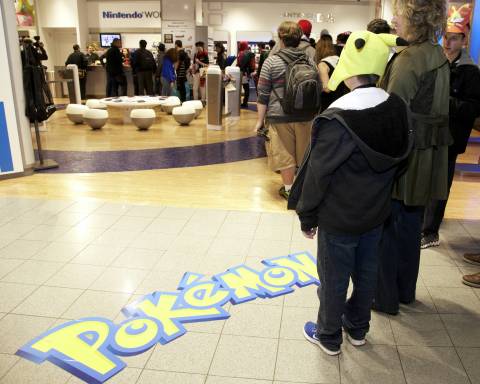 Way back in the summer of 2006, my mother took my boys to the Boston ‘10th Anniversary of Pokemon’ event. That Pokemon had sustained popularity that long was stunning, but now we’ve hit a new milestone as the latest games – Pokémon X and Y for Nintendo 3DS – sold more than 4 million copies on October 12th and 13th.

Nintendo President Satoru Iwata said “The early response to Pokémon X and Pokémon Y not only reaffirms the ongoing passion of Pokémon fans, but also indicates that an entirely new generation of gamers is eager to experience the franchise for itself.”

This was the first global launch of a Pokemon game – most times the games are launched in Japan before being translated and released elsewhere. However, taking everything into consideration, the games are the fastest-selling Nintendo 3DS games of all time and are selling considerably faster than the last Pokemon games.

The amazing thing? The games are GOOD. I always looked at them as ‘kiddie games’, until my kids got me to try out Pokemon Pearl and I found it was a complex RPG with loads of charm and appeal. Fun games for kids and adults to share. Have you played one?

You can get all of the details here.