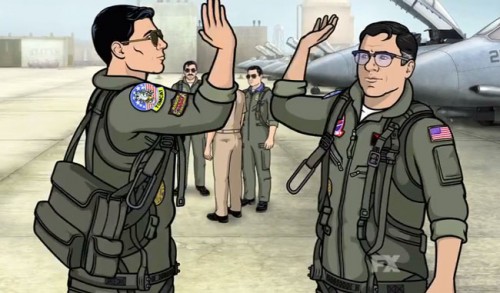 Are you an Archer fan, the FX comedy-drama about the cluelessly self-centered Sterling Archer? Frequently dumb, but often hilarious – and huge with kids and young adults (my 17-year old son laughs non-stop). And since Archer told Kane to “Call Kenny Loggins”, fans have just been waiting for Archer to prove he’s ‘Top Gun’.