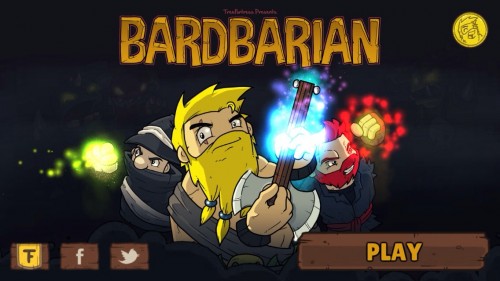 Gamers love tower defense games, and fantasy action-combat games. Bardbarian has all of this and more. Based around the hero Brad and his Axe guitar, this light-hearted romp has you summoning companions and special attacks as you work to fend off the invaders and protect your village. For a bargain price you will get loads of fun!

Description:
Here are some of the features:
• Unique, hybrid, genre-bending gameplay
• Hand-drawn original artwork and awesome rock/metal
soundtrack
• 12 unlockable characters! Customize your party loadout,
over 200 possible combinations
• Collect loot from your fallen enemies and upgrade Brad, the town, and your units in the shop!
• 4 intense boss battles 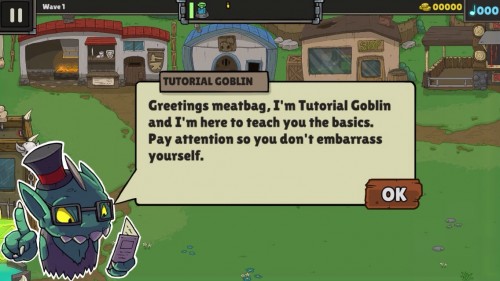 For fans of the tower defense genre, things have been getting interesting lately – Aspects TD allows you to attack as well as defend, and with Bardbarian you get a hybrid game where you can actually move around like in an action game. This gives you a different level of control.

You create companions rather than towers, and can choose power-ups to help you gain an edge. But otherwise this is a fairly standard game – you start low-level with weak companions, and slowly everything builds and you have more options and power.

You play as a Bard, so you are definitely using music – in fact in the introduction you craft a special axe-guitar that is your means of summoning companions and special attacks.

Of course the enemies get smarter and stronger as well, so it makes for some tense gameplay keeping your town intact and advancing through stage after stage. By using all of your companions and powers, you can make it through! 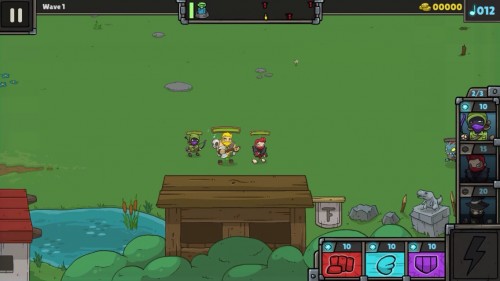 Ease of use/Overall performance: I found that this game to play differently on iPhone compared to iPad – because the smaller screen felt cramped and I occasionally had to grab a second time to get my hero moving.

Once I adapted to the differences, I found that I preferred playing on the iPhone, because it is a classic ‘time waster’ game. It is all about combat and upgrades and power-ups and dealing with waves of enemies.

Would use again/recommend?: Definitely! If you are a fan of the tower defense genre and have played through the most popular games, this is definitely one to look at – and the price is right at $0.99!