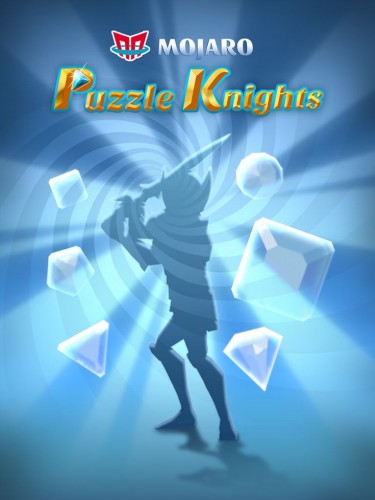 When I saw the basic information for Puzzle Knights I was intrigued: Match-3 system, strategic battle system, online challenges and level-up system. Playing the game was every bit as much fun, with plenty of enemies to challenge and a continuously enjoyable puzzle system. With the recent update the game is even better, and is definitely worth checking out! 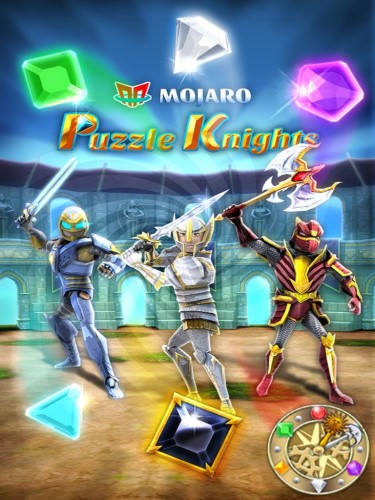 Choose a fighter and challenge the world online!

Solve puzzles to build up your fighter’s stamina before a fight. More stamina means more attacks but choose your attacks wisely. Different attacks are a trade off between power and stamina.

Customize your strategy for each of your fighters at any time to challenge other Players and to set up a winning strategy while you’re away. 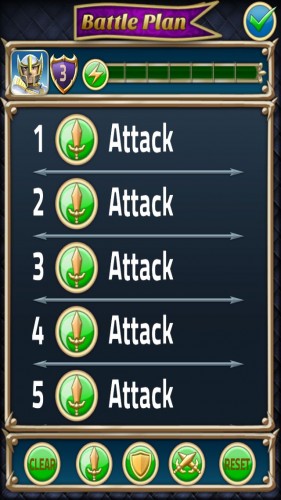 Puzzle Knights has a fairly simple system of play: you charge up your stamina bar by engaging in a match-3 puzzle, then you can challenge opponents to battle. The Match-3 system will be immediately familiar to anyone who has played anything in the Bejeweled or Puzzle Quest line. The game tells you what you need to accomplish to be ready for battle, and then launches into the puzzle.

After you have used up all of your match-3 turns, you will have either met your goal or failed. Either way you can engage in battle – but you really should fill up your stamina before entering battle. The combat system is deceptively simple – you choose an order for the rounds of attack and then launch into battle. You watch things play out and if you win you gain experience and gold. 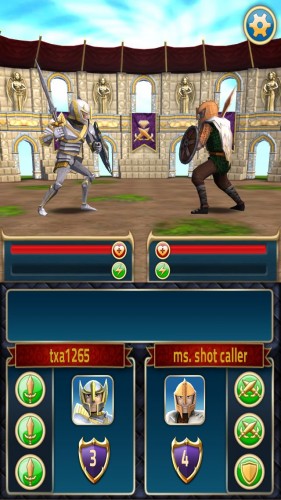 Once I got the hang of the game I noticed something – it seemed like the person who landed the first attack would almost always win, in fact I could just stack attacks and win >75% of battles. Of course I was playing before the initial public release, so I was intrigued to see what happened over time with a couple of updates. With the most recent update, suddenly every round of battle is critical to success and you really need to plan things out. Here are the changes from the last update:

So if you have someone who leads with a basic attack, you gain tremendous advantage with a counter-attack followed by an attack. But if your opponent expects you to lead with a counter and instead leads with a block-attack combo, you are in big trouble! 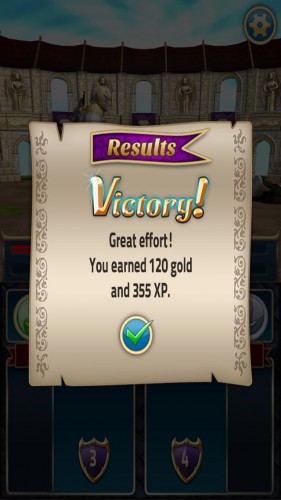 Technically the game is fairly simple in terms of presentation and navigation. When you start you choose a character, and can select other characters you already have built. Once you have selected a player, you enter the Bejeweled-like stamina building puzzle, and then into combat. You gain levels which comes with rewards, and eventually will earn enough to buy things at the armory. It is simple, direct and fun – you will never be stuck remembering how to play if you take time away. 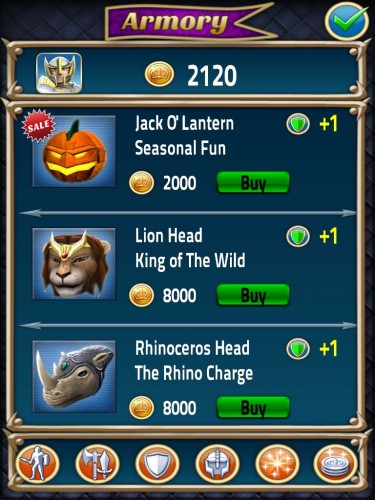 Would use again/recommend?: Definitely! I have continued having fun with this game ever since I started playing, but particularly since the last update. It is quick, easy, and fun.

Price: Free download, with in-app purchases available but not required for full experience – I bought things with in-game currency and never bought any additional credits.