Posted By: Greg Alston May 3, 2018
ShareTweet
Newton Mail, formally called CloudMagic, has been one of many third-party emails that I’ve used after being generally displeased with the stock iOS mail app. Featuring everything from Sent Receipts to fellow third-party app integration’s, Newton Mail’s new “True Inbox” feature is a helpful new way to tackle your mailbox. 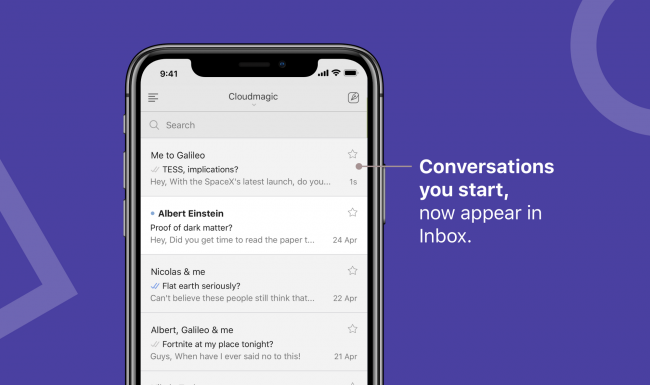 The “True Inbox” feature takes all of your sent emails, and automatically places then at the top of your inbox, no matter who you’ve sent them to, even if they haven’t read them yet. Think of your email messages coming in thread form (similar to how your text messages work) with each of them sorted by most recent activity. So whenever the response is sent or received, the conversation appears at the top of your Inbox, rather than sitting in your “Sent” folder.  This makes it easier for you to now can archive, snooze or star emails faster, helping you to achieve an empty inbox more efficiently.
All you have to do to get the “True Inbox” feature is to turn on by going to Settings > General > Conversation View > True Inbox. You must have “Conversation View” on by default in order for the change to occur, and once you start a new conversation, you’ll notice the change.
Available for iOS, Android, Mac, and Windows, check out Newton by downloading it here today.
Prev postNext post
Want More? Follow Us Here!