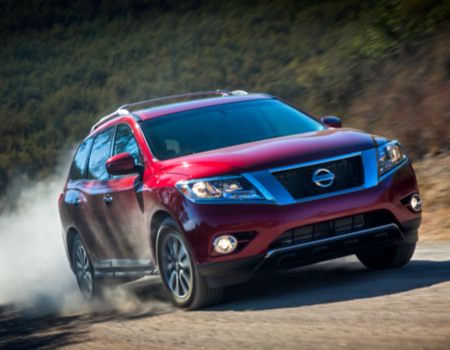 In my third and final rerun review for October, we revisit the all-new Nissan Pathfinder mid-size sport utility vehicle. Model year 2013 saw a switch to a three-row, unibody chassis SUV, a popular move apparently as we found our test vehicle getting quite a few positive comments from folks we encountered during our week behind the wheel.

Nissan first introduced its fourth-generation Pathfinder to journalists last October amidst the autumn splendor of the California wine country. Fast forward almost one year to the date, and the 2014 Nissan Pathfinder SL 4×4, complete with fresh war wounds courtesy a victorious battle in the Texas Truck Rodeo, arrives in the test driveway. 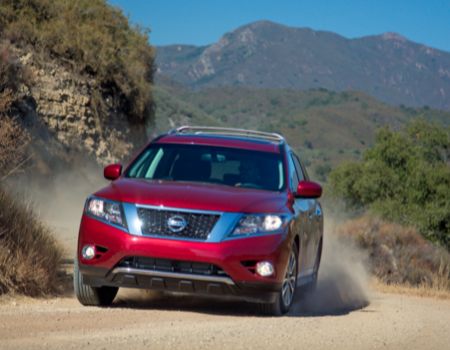 High praises that were handed out following initial testing of the vehicle on the west coast are repeated for the encore encounter with the model as Nissan’s Pathfinder continues to prove it is a sport ute worthy of competing in the modern market segment, one that has seen more than a couple of models shedding frames for unibody architecture.

As found with the likes of Durango, Explorer and Grand Cherokee, the Nissan Pathfinder proves its modern mettle for tackling the urban jungle while also capable of accomplishing light to moderate off-pavement tasks thanks in part to the new Intuitive 4WD technology. 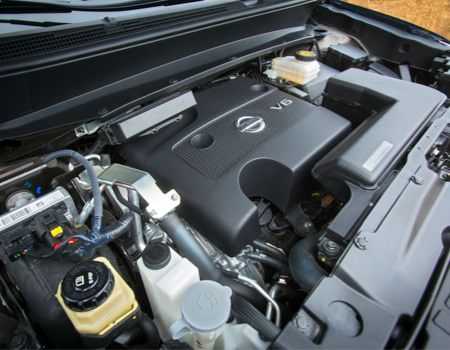 All new Pathfinder vehicles are outfitted with 260hp/240 lb. ft. torque 3.5-liter V-6 engines mated to Nissan’s ubiquitous XTRONIC CVT gearbox. While the powertrain provides more than adequate acceleration and is capable of towing up to 5,000 lbs., Pathfinder does suffer a bit in the fuel economy department with its 19 mpg city and 25 mpg highway rating. That said, it is still a tick or two better than the latest comparable Jeep Grand Cherokee figures.

Following its launch late last year, the new Nissan Pathfinder took home quite a few honors including top interior awards and being name a family car favorite among many. And for those raising an eyebrow at EPA estimates Nissan has released a hybrid Pathfinder that offers 26 mpg combined rating along with a 526-mile driving range – perfect for road trips and reducing your carbon footprint. 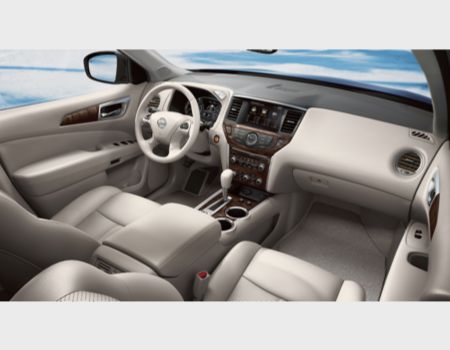 Aside from the addition of a hybrid gas/electric model for 2014, the other significant upgrade for the new model year is the addition of the SL Tech package that arrived with our tester. 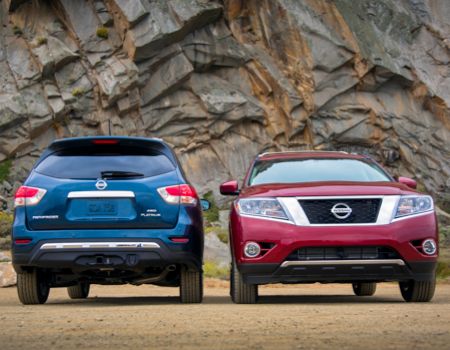 While I found Pathfinder faithful to harbor mixed feelings on the new platform, it appears just about everyone else likes the more family friendly changes Nissan has made to its midsize SUV. 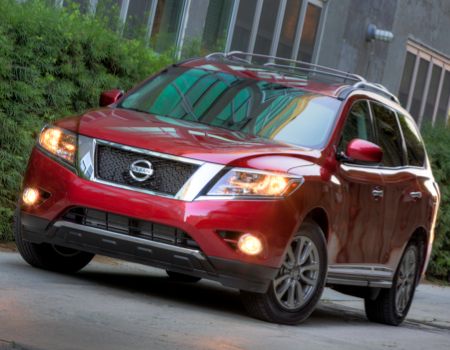