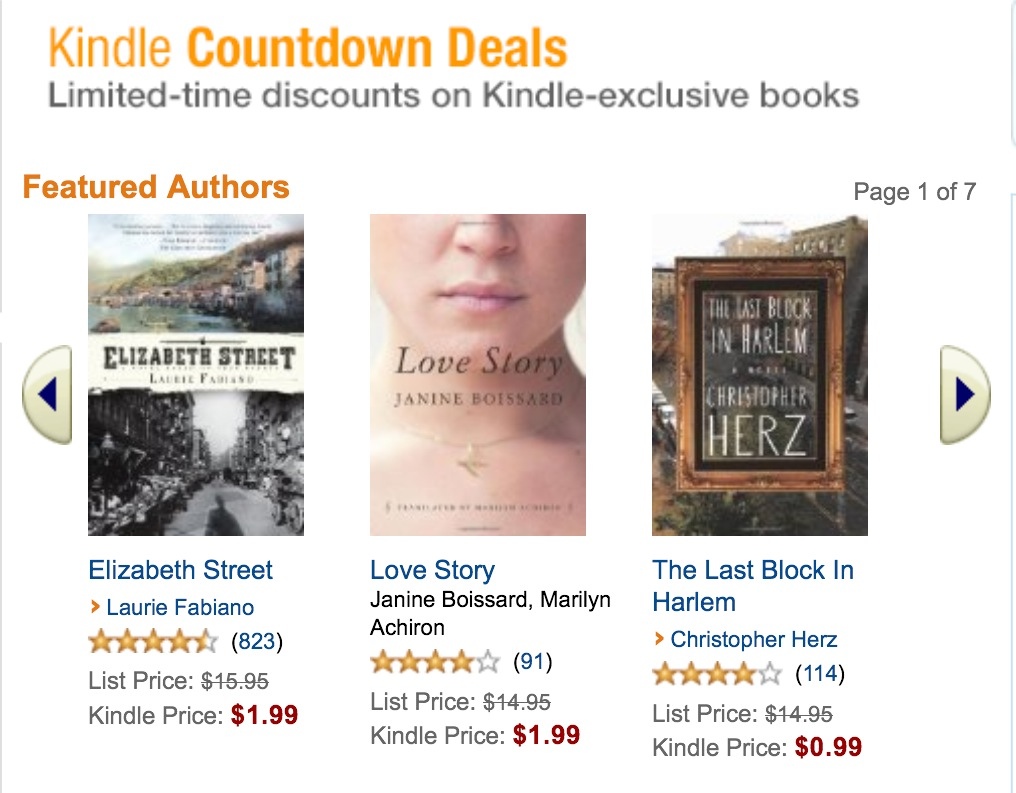 It feels like after the initial excitement of eBook readers and eBooks taking off, the market had leveled off. There’s still book growth, but as tablets overtook dedicated readers, and Amazon settled happily into the number one spot, the improvements slowed precipitously. But now that Barnes and Noble is showing a new willingness to enter the market, it looks like the signs of innovation are back!

Admittedly, most of the changes are coming from Amazon, but the timing is interesting. Amazon rolled out new Kindle Fires and an updated Kindle Paperwhite this fall, but the majority of the buzz was about the tablet features; offline Prime viewing, better screen, updated software, etc. The Paperwhite update was a quiet afterthought, something to refresh a solid workhorse but nothing special. Even the buzz about Prime has been focused more on movies and television shows, as well as the free shipping, followed by the Prime lending library (which is still a huge pain to browse when not on a Kindle). The most exciting thing that came to eBooks was Amazon Matchbook, allowing you to get the eBook version of paper book purchases for free (or for just a few dollars).

Then B&N finally came to a conclusion on their NOOK hardware and refreshed the NOOK Glowlight. Suddenly the American eBook market wasn’t a one-horse race — Amazon’s biggest competition had worked out whatever internal issues they had and determined they still wanted a piece of the eBook pie. For those who haven’t followed B&N all along, they have been bitterly divided about how to handle the NOOK business. They spun it off into a new business, then their chairman basically said he wanted nothing to do with ebooks, followed by the firing of their pro-ebooks CEO. They also indicated they were not interested in pursuing the eBook hardware market anymore, so the new Glowlight is an about-face. Despite all this, they still have a decent foothold in the ebook market, so their resurgence puts more pressure on Amazon to stay ahead of the curve. After all, if people were willing to buy into NOOK with an uncertain future, why wouldn’t they when it seems like the future is more stable?

So that’s why, coincidence or planned, I find it interesting we had two new Kindle-related announcements this week. First Amazon announced Kindle Countdown, a sort of daily deals program for Kindle books. This is in addition to the regular Kindle daily deals, so it’s just another way to encourage impulse book purchases. Buy it now, before the price goes back up! In addition, there’s the new Kindle First program, where Prime members can select one of four Kindle books for free a month before they are released. Right now that’s limited to Amazon-published titles, but it’s a clever way to seed early reviews and generate buzz, and I wouldn’t be surprised if outside publishers looked to jump on that bandwagon too.

Maybe B&N has nothing to do with these new programs. It could be that Amazon is gearing up for the holidays, and playing offense against rising tablet use, where there are less Kindle lock-in and more app options. Whatever the reason, there are new things happening in ebooks, and that’s exciting for readers everywhere!