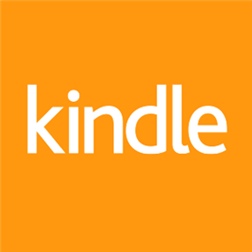 I usually read books on a dedicated eBook reader, typically my Kindle Paperwhite. But lately I’ve done a fair amount of eBook reading via the Kindle app on my Lumia 928, and I’ve discovered an unusual bug. At random intervals the formatting will become wonky, cutting off sentences during page turns, and requiring an orientation swap to fix it.

Swapping the phone from portrait to landscape isn’t hard, especially since the Kindle app for Windows Phone doesn’t have orientation lock. Guess this is a case of a lack of a feature becoming a feature! It seems minor to complain about having to rotate the phone to fix the book, but it breaks up the flow of reading; when it happens repeatedly, it becomes more of a pain.

I polled the other Gear Diary editors, and Judie and Mike both said they’ve never had this issue, leading me to think this might be just a Windows Phone bug. Dan, however, said he’s seen this happen in iBooks, so it seems like it may be a more universal eBook issue than I thought. Has anyone else encountered sporadic, but fixable, format issues in eBooks? If so, let us know the smartphone platform as well as the eBook retailer. Perhaps there’s a universal thread or fix!