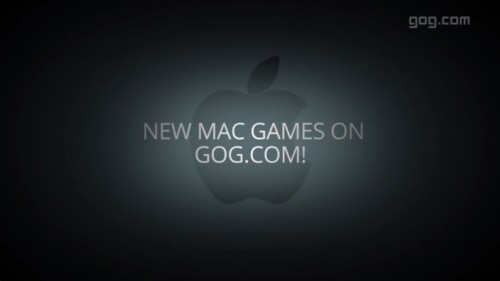 The classic DRM-free gaming site GoG.com is just coming off of their insane ‘Insomnia’ sale, where they had flash sales with huge savings that would expire as soon as a certain number were sold. In the midst of that chaos they announced something else – a huge expansion in their Mac game catalog. Including games never available before on Mac!

First off, here is the list of new Mac games on GoG:

This is a pretty amazing list, but I wanted to highlight two games in particular:

Divine Divinity – I have stated often that Divine Divinity is amongst my favorite all-time games, but it was only ever released for the PC, just like all other Larian games. My ‘Netbook Gamer’ review is here (https://geardiary.com/2009/11/24/the-netbook-gamer-divine-divinity-2002-rpg/) … and you can be sure I’ll do a review of the Mac version soon!

Wizardry 8 – I wrote about this game when first came to GoG.com, saying it “is a sad tale of a game that struggled due to lack of publisher support. It was eventually released on a limited basis and slowly built a following. It is a great and epic conclusion to the franchise (though not a finale) and really didn’t deserve to come out with a whimper.”

To have such great additions to the Mac library on GoG.com is a reminder of their tireless dedication to great gaming on every platform!