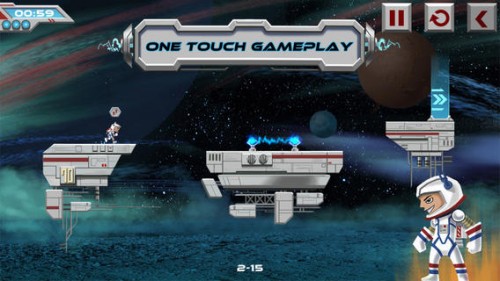 ‘Auto-runner’ games are fan favorites, and I know my kids have enjoyed a variety of them. A new release has gotten loads of attention with some new features and fun twists on standard gameplay elements – Galaxy Run. The game is featured on the app store and feedback from a couple of friends is that Galaxy Run is a blast!

In Galaxy Run players assume the role of explorer Rez, who is forced to land in an unknown system filled with a host of hazards, from perilous plunges and razor sharp spikes to laser security systems.