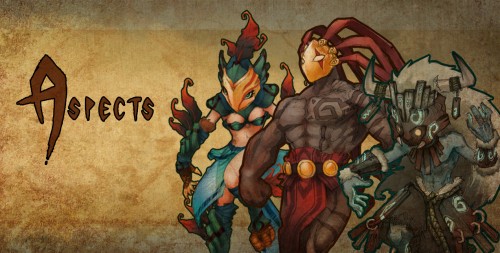 I love tower defense, and know that with games such as Plants vs. Zombies and Kingdom Rush there are several Gear Diary members who spend way too many hours on just-one-more-turn! But imagine a game where instead of just planning your defense, you actually got to attack your enemies!?! That is exactly what the newly released Aspects TD delivers.

Here are some of the features of Aspects TD:

ASSUME THE ROLE OF AN ASPECT
– With powers of a Demigod, summon Totems to defend your people, and Phantoms to attack your enemy.
– Choose your character from 3 unique Aspects, with their own theme, perks, and Totems to create your own unique strategy.
– Unlock more Totems and grow your character as you play.

CAMPAIGN
– 2 Chapters, 19 levels of story mode with more to come.
– Unlock 16 unique Totems and 12 unique Phantoms as you progress through the level. 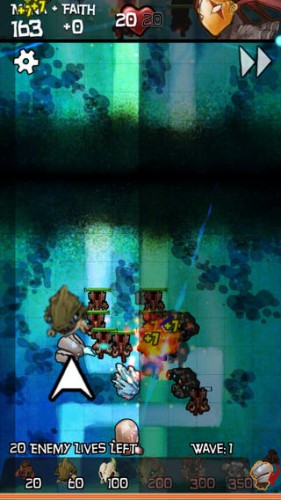 MULTIPLAYER
– First multiplayer tower defence game on iOS where you can both attack and defend.
– Challenge your friend over bluetooth or local wireless network.
– Attack and defend at the same time! Summon disruptive Phantoms at your opponent while building up defences of your own.
– Battle over different devices: iPad, iPhone, iPod Touch!

The game is available now for iOS devices for $2.99 through the iTunes App Store.