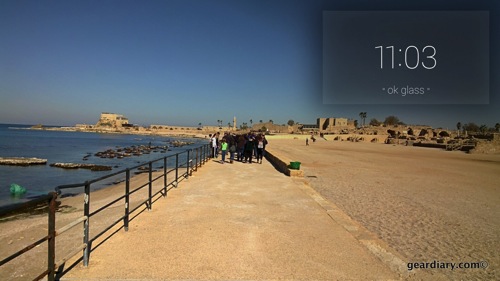 I just returned from leading a ten day trip to Israel. While there, we spent time in Tel Aviv, made our way up to the Golan Heights (we even looked into Syria), and then spend time in Jerusalem. I captured much of the trip #throughglass and… I’m impressed with the quality of the images and videos. Here’s a look.

Despite Judie and I both owning the Rev 2 version of Google Glass, it remains a Beta or even pre-Beta device. Moreover, it is still not available to the public and requires an invitation in order to purchase. I was, in fact, not initially planning to use my invitation. But then I saw Judie’s in Aruba and thought to myself, “Self, these would be an amazing way to document my upcoming trip to Israel.” I bought a pair, and I have been more impressed than I expected to be.

I love the way Glass is able to keep me updated on the go. I am even more impressed with the voice note integration. It lets me speak and then, if Glass is paired with an Android phone, it transcribes the voice note in real time and sends it to my Evernote account. This is truly impressive when you first see it in action. For my Israel trip however, I was most interested in using Glass to take pictures and capture video; it served me quite well! 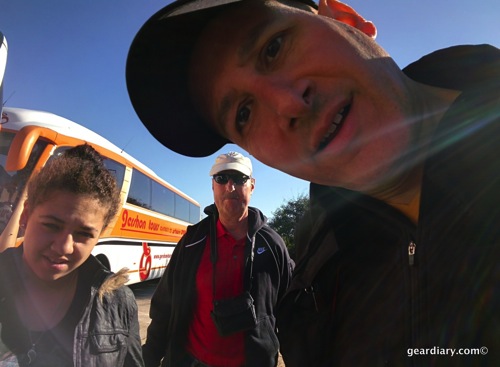 I didn’t use Glass the entire ten days in Israel, but rather I pulled them out when I knew there was something I was going to want to capture. Each time I did put them on, and I mean each and every time, I was stopped by someone who either said, “Wow, is that Glass??” or, more commonly, “What the heck is that??”

Each time I I was asked about them, I took Glass off, put them on the person making the inquiry, and showed them how to use Glass to take a picture. The result, much to my surprise when I just offloaded all the pictures to my Mac, were pictures like this… 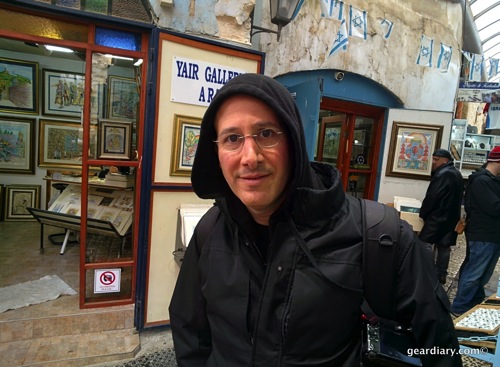 This shot was taken by a shopkeep in Sefat, the center of Jewish mysticism. He stopped me as I walked down the street and excitedly explained to his mother what Google Glass is all about.

And while those images were a surprise to me, these were all taken by me, on purpose, as we toured the country and I tried to document the journey #throughglass.

All of these were captured using Google Glass

I know this is an awful lot of pictures, but I wanted to give you a flavor for just how easy Google Glass was to use when documenting a serious period of travel. Believe it or not, this is just a small selection; there were TONS more. Each place we went I was able to use Glass to capture a picture by winking, speaking, or pressing a button. Seconds later Glass had captured whatever I was actually seeing. And while this could certainly be done with a traditional camera, Glass meant I was able to keep both hands free and gets a “Dan’s-eye-view” picture of whatever looked interesting at the moment. And then there are the videos. Yes, as you will see in an upcoming video of climbing Masada and walking through Jerusalem, Glass made capturing video amazingly simple as well.