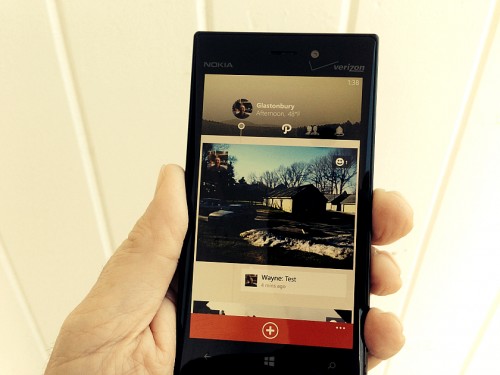 Path took a little while to make its way onto Windows Phone but today it’s officially available albeit as an open beta. Path is a mobile social network billed as ” the trusted place for your personal life. It’s where you can be yourself, stay close to the people who matter most and share life instead of links..”

In reality, since launching in November 2010, Path has received quite a bit of acclaim for having a beautiful user interface.  Users of Path are limited to a total of 150 friends which is supposed to encourage high-quality connections with family and close friends.

In reality Path – for most people – seems to have become another social site to update and visit. After an initial gushing of support from the tech elite, the service has seemed to take a back seat for many users.  It doesn’t help Path that the popularity of messaging clients such as Facebook Messenger, Whatsapp, SnapChat, Kik and BBM have largely equaled or surpassed Path’s promise of sharing pictures and photos with your closest friends.

Using Windows Phone? Head on over to the store and load the Path Beta. Or not.