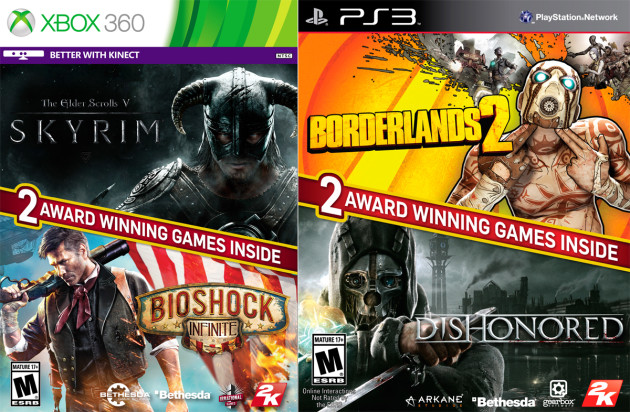 2K and Bethesda will offer duo packs for players who missed Borderlands 2 and Dishonored or The Elder Scrolls V: Skyrim and BioShock Infinite for the PlayStation 3 and Xbox 360. These treasures will cost $29.99 each (North America only) and include the base games without any downloadable content (DLC). This special team-up team will release February 11, 2014.

This dynamic duo previously released a BioShock and Elder Scrolls IV: Oblivion duo pack in 2009, so it’s no surprise they teamed up again. No current plans for a PC release of these best-selling game combination packs.