While I am constantly amazed at the long-term support iOS game developers put into supporting their customers, I also know that it cannot last forever – revenues for old games diminish, and new projects need the time and resources. So while it is sad that Spacetime Studios is dropping some older games, it isn’t surprising – or even bad! 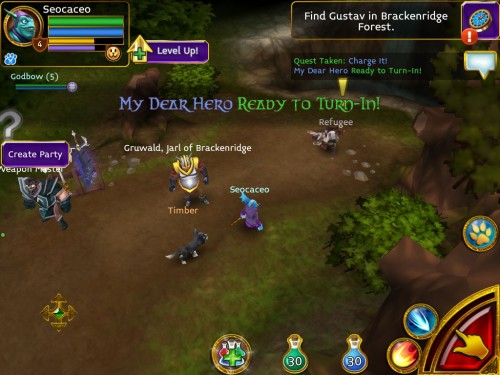 Mobile MMO developer Spacetime Studios says it will no longer update its back catalogue of games, as its focuses on Silver Award winner Arcane Legends and an upcoming, unannounced project.

Pocket, Star, and Dark Legends will no longer get extra content, weekly bonuses, seasonal events, or updates to the level cap. The same goes for Battle Dragons and Arcane Battlegrounds.

“We will keep all of them running for the foreseeable future, but we are not going to be adding anything new,” says Spacetime CEO Gary Gattis. “The drain is simply too great on our limited resources.”

“We have to make these decisions in order to continue to grow as a company.”

As for those who have invested real money into the games? It is time to do what you would do with any ‘sunsetting’ game – stop spending, ramp down play, and get ready to move on.

Instead, time will be spent on Arcane Legends which is getting another expansion “early this year”. Battle Command is getting an update, too. Plus, Spacetime will be announcing a new, PvP-oriented title in the near future.

We have reviewed the surviving games here and here, which are just over a year old and continue to be popular, and are still fun (I played Arcane Legends for a bit recently).

What do you think? Do you get upset when companies make moves like these or do you see them as a necessary step? Do you play any of these games?