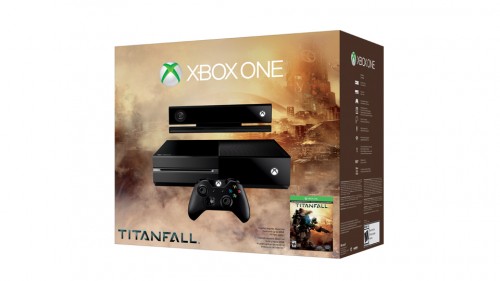 So here’s a sweet deal for those of you looking to purchase an Xbox One.  Microsoft is now offering an Xbox One Titanfall bundle, which includes the Xbox One, a digital download of Titanfall, and a month of Xbox Live; all for the price of your standard Xbox One.  This almost makes me wish I wasn’t an early adopter.  Almost.

The Xbox One Titanfall Bundle will be available on March 11th, 2014, the same day that Titanfall is released.  The retail price will be $499…the same as the Xbox One console itself.  Not a bad deal, I’d say.  You’ve got to wonder whether Microsoft is disappointed with Xbox One sales so far.  Or it may just be that they see Titanfall as such a blockbuster type of game that will sell consoles, so they’re making sure that you play it on an Xbox One rather than just buying the game for your Xbox 360.

So, are you tempted?