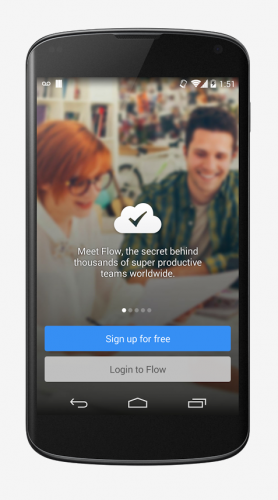 Flow is a task and collaboration app which previously had been available online or via an iPhone app.  Flow introduced an iPad version in October 2012. Now in March 2014 comes Flow for Android. The application itself has  undergone a re-design since its launch in 2011.

The designer of the app, Metalab,  specializes in creating user interfaces and the work shows. They’ve clearly doubled down on teamwork.

The concept of workspaces and groups has been greatly enhanced in Flow, so the tool is much more of a team (aka corporate) workhouse than the personal task manager many used it for previously. A redesign in September 2013 moved this application in a  team-based direction with stronger emphasis on collaboration through groups, shared workspaces and  notifications.

Pricing has also been increased, though only slightly on the entry-level. Previously, a single user could subscribe to Flow for $99/year. Now the entry-level subscription for small business is $228 per year. 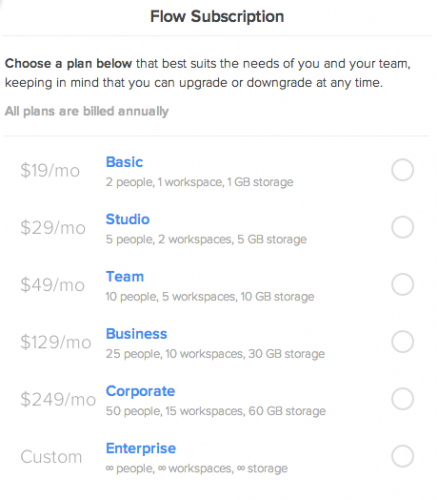 Flow competes with several other team  tools including Basecamp, which prices their service based on numbers of projects and allowing unlimited collaborators on those projects.