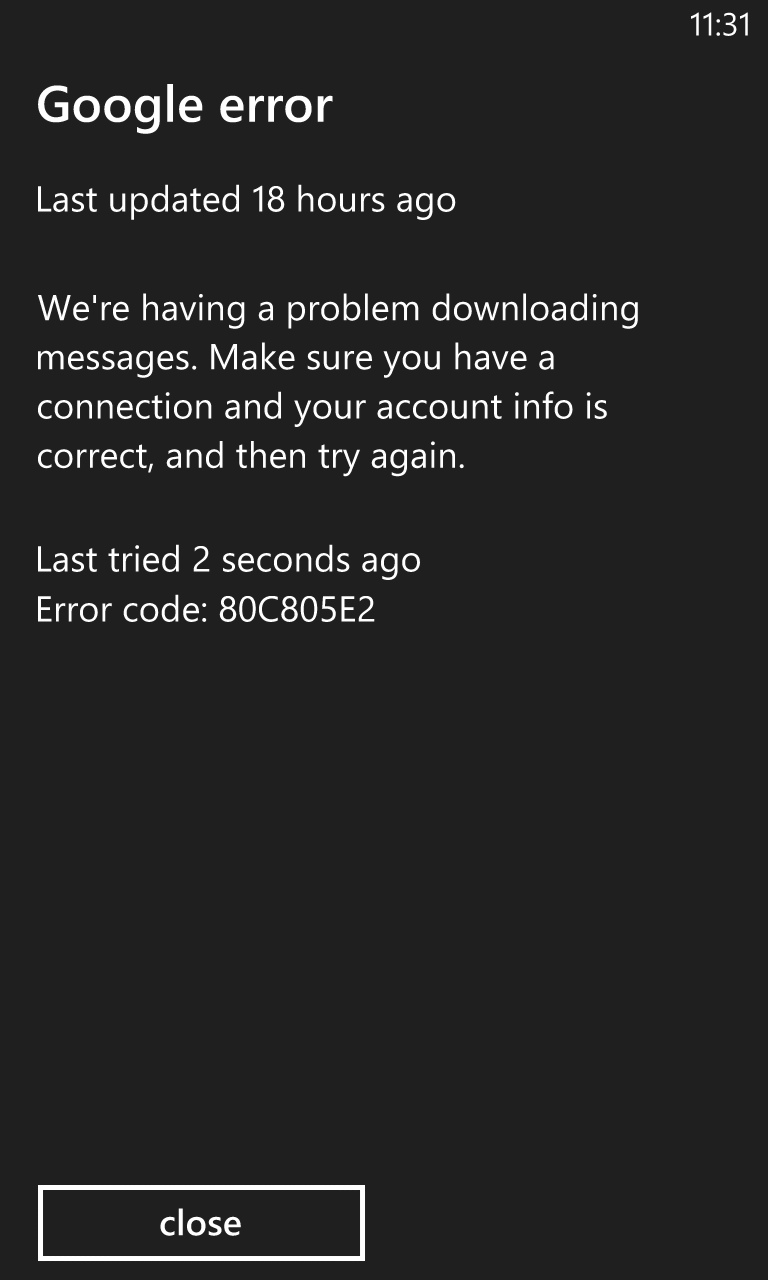 If the error code 80C805E2 means nothing to you, you probably don’t use a Windows Phone. I’ve seen it crop up twice, with two different email addresses, and the fixes have been different for both. For my GMail, I had to delete and re-add the whole account; for Outlook, I had to wait for a text message backup to complete.

Both times it was fixed, so I should be happy, right? Sort of. Yes, they’re fixed for now, but all indications are that these fixes are temporary unless I kill SMS backups entirely. And even then, it may not fix the error code 80C805E2 issue, since I did disable SMS backup in an attempt to fix GMail, and I still had to delete the account and start over. It’s minor, but deleting Gmail is a pain because it’s my main contacts and calendar sync, so I’ve had to re-pin my favorite contacts and clean up a few minor issues that appeared from deleting it.

More worrisome, though, is that this is a bug that is clearly tied to Windows Phone’s email program, or it wouldn’t be appearing across multiple accounts from different email services. In fact, it’s almost worse that Microsoft’s own email service has issues with its own mobile OS! I like Windows Phone, and I want it to succeed, but I get worried about the future when basic services like email have random stutters with no easy fix. Let’s hope 8.1 brings some bug fixes as well as new features to the platform; all the app parity and cool features won’t mean a thing if you can’t email your friends to brag about it, right?

If you use Windows Phone, have you seen this error code 80C805E2 bug? What fixed it for you?