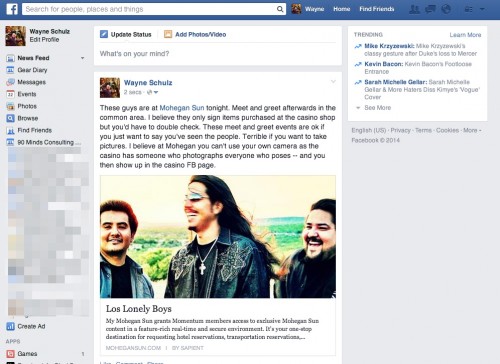 This may be old news for some of you who were upgraded to the new Facebook interface. Mine just went live a few days ago, and there is a fresh appearance when I share a link.  If there’s an image, Facebook expands it and creates an appealing “card-like” post. Google+ does this too – just not as consistently.As an example, when I shared this source link it created a Facebook post where the band image was very prominent.

Google Plus has also adopted this style, though I’m unable to get the image to always be prominent and from what I can tell the image sharing works mostly for newspaper sites.

Sharing the same link shown previously to Google+ does not produce a visual image.

However, on Google+ when I share a link from my local newspaper it produces a visually prominent Google+ post: 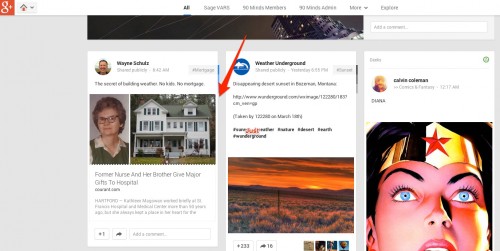 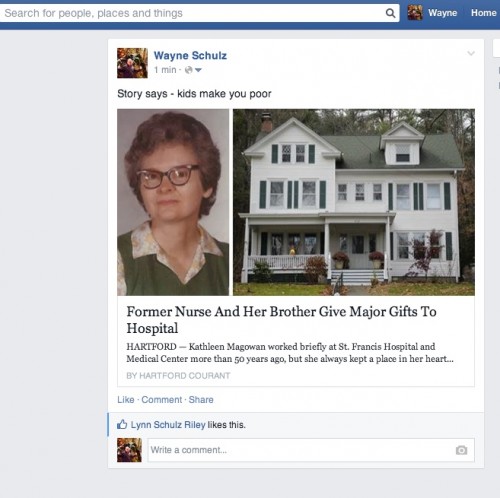 It’s possible that this has been working forever on your account. I just noticed that my Google+ and Facebook have started to support it, and since I seem to be last in line for new features everywhere – it’s probably now on everyone’s account.