I have a favorite new sport sedan and its the 2014 Chevy SS. This is Chevrolet’s first rear-drive performance sedan in nearly two decades and that last one had a nickname of “Shamu.” The Chevrolet SS sedan utilizes GM’s global rear-wheel-drive architecture that also underpins the Camaro but the new SS is more than merely a four-door Camaro, much more. 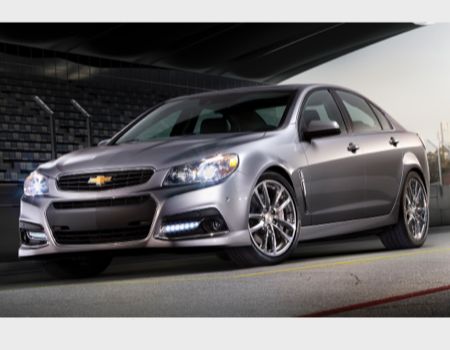 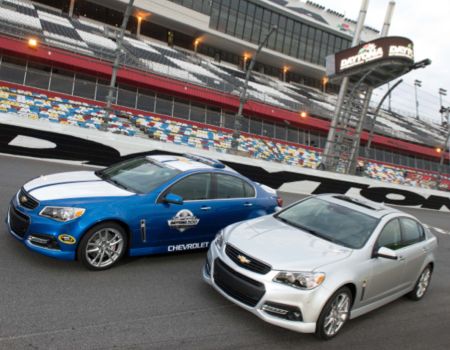 The 2014 Chevy SS is basically a Holden Commodore that is built in Australia where automakers still (for now) make powerful rear-wheel drive cars. A few years ago we saw a similar vehicle in the form of the Pontiac G8 but that went away with the shuttering of the brand. Chevrolet has returned the rear-drive V-8 to America and perhaps we have NASCAR to thank to some degree as SS is Chevrolet’s new Sprint Cup model “raced on Sunday and sold on Monday.” 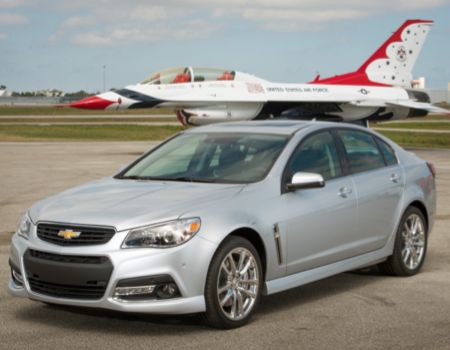 North American law enforcement also get a version of this new vehicle as they did in the 90s with that Caprice and theirs is the new Caprice Police Patrol Vehicle that gets a smaller, less powerful V-8 under the hood. For Joe Citizen, we can purchase the SS with a new LS3 6.2-liter V-8 that belts out 415hp and 415 lb. ft. of torque. All SS cars get a six-speed automatic gearbox with manual shift mode, sport mode and TAPshift paddle shifters on the steering wheel. 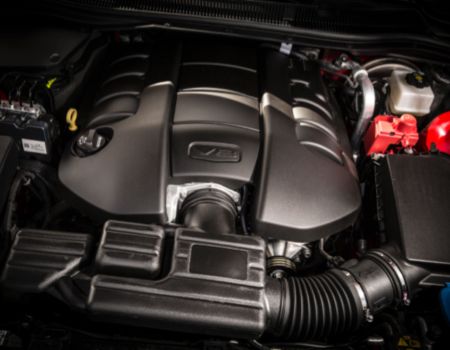 As I mentioned, the SS is more than just a Camaro with an extra pair of doors, it offers more comfort, better sightlines and more advanced technology for everyday driving situations. A new feature that I discovered by surprise is the new technology that alerts drivers to traffic cameras being in the nearby vicinity. Found that out the first morning I drove near an intersection with redlight cameras. Interesting. 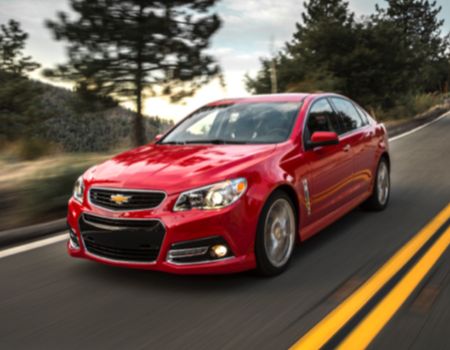 Other new technology found in the 2014 SS is head-up color display for the driver, driver information center with color display, large touchscreen color monitor for the Chevrolet MyLink infotainment system with navigation and Bluetooth connectivity and, of course, the latest OnStar driver assistance system. 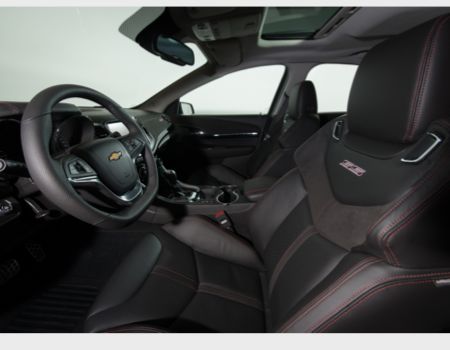 Chevrolet also gives SS a generous helping of leather in the interior including the very supportive sport bucket seats up front that offer heating and ventilation and the steering wheel and shifter also get leather treatments.

The car is a blast to drive offering great acceleration while hugging the roadway with ease. This car is just as comfortable and easy to drive over three digits on the speedo as it is under that. There is a nice little rumble from the dual rear exhaust tips but the sport tires do get a bit loud on rough road surfaces. Despite having the electric steering Chevy engineers have managed to give drivers a fair amount of feedback from the road so whether heading in a straight line down the highway or buzzing through some twisties the driving experience is very rewarding. 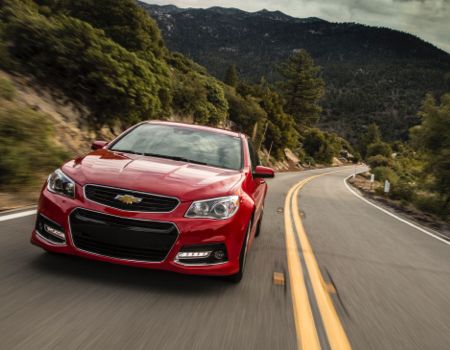 Were I to find one little quip with the new SS it would have to be the flimsy little visors. Aside from those I completely enjoyed every minute behind the wheel of the Chevy SS. 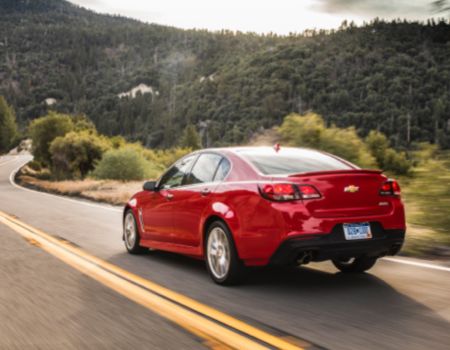 Yes, this new SS performance sedan from Chevrolet may just be my new favorite sedan and I would even go so far as to recommend it over a Camaro almost any day of the week.