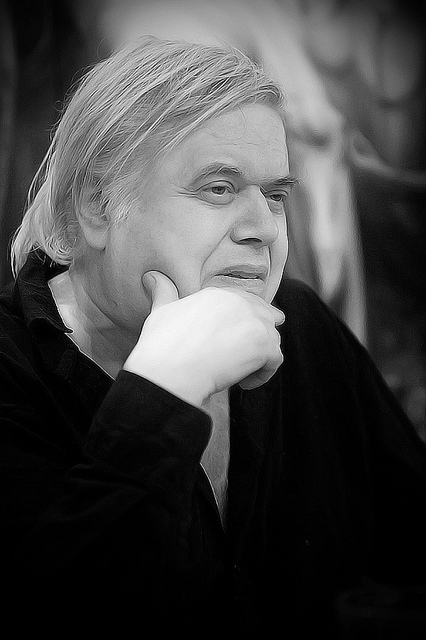 Hans Rudolph Giger, the artist who created the terrifyingly beautiful biomechanical creatures used in the Alien movies, and other weirdly fascinating artwork seen everywhere from the covers of rock albums to video games to tattoos, died yesterday due to complications from a fall suffered at his home; the artist was 74. 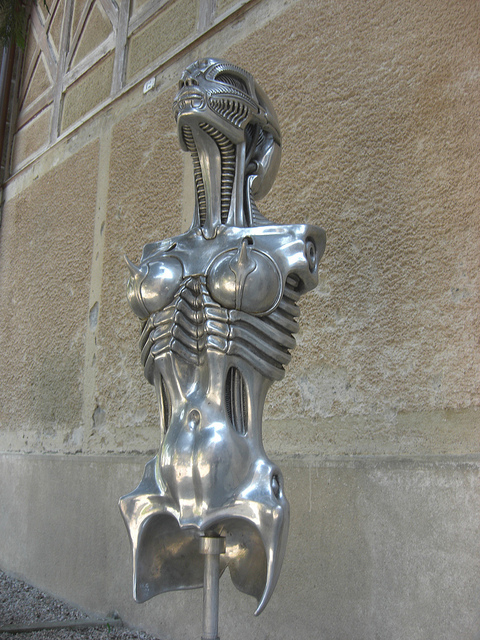 The image of a brooding, mysterious artist was nurtured by Giger working only at night, keeping his curtains permanently drawn and dressing mainly in black — a habit he acquired while working as a draftsman because it made Indian ink stains stand out less on his clothes. – AP 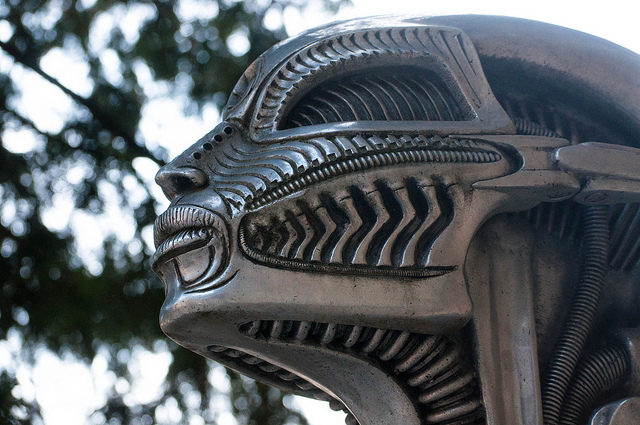 His mother Melli, to whom he showed a lifelong devotion, encouraged her son’s passion for art, despite his unconventional obsession with death and sex that found little appreciation in 1960s rural Switzerland. The host of one of his early exhibitions was reportedly forced to wipe the spit of disgusted neighbors off the gallery windows every morning.  – AP 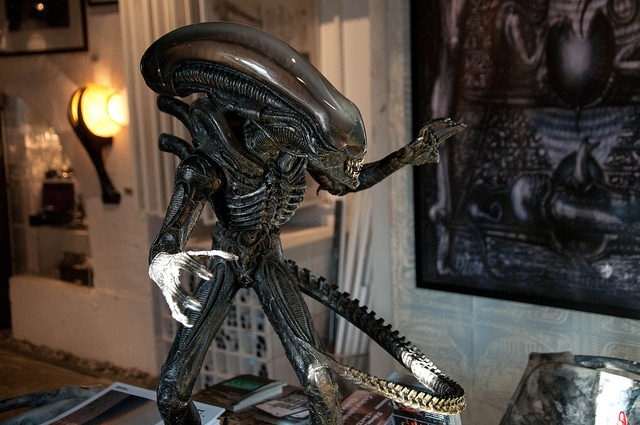 As much as I admire his artwork, for some reason it’s the set of microphone stands that he made for the lead singer of Korn, Jonathan Davis, that stand out in my mind the most.

I’m not much of a Korn fan, but that didn’t stop me from watching the video — mesmerized — when it popped up while I was flipping through channels years ago.

After seeing the pictures in Jason Wilson’s post about visiting the Giger Museum in Switzerland, I can’t help but want to go now, too.

When you think of  H.R. Giger, which of his artworks stands out in your mind?