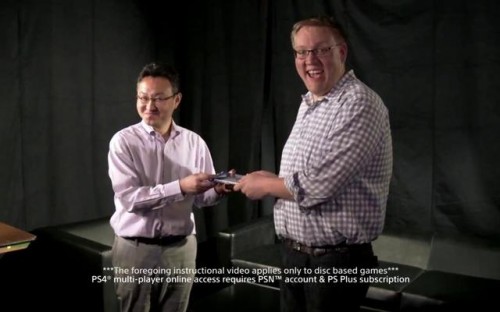 Mike Siebenaler will be giving us a thorough look at all of the E3 presentations in the coming days, but as a primarily PC gamer sitting on the sidelines I had a couple of observations on what would draw me in or push me away from the new consoles. When Microsoft announced the XBOX One, there were many concerns from hardcore gamers about used games, indie developers, backwards compatibility and more.

Since then we have learned more from Microsoft … some good, some not so good. But in the context of used games and online requirements, Microsoft has said that they will not disable used games or take any action regarding game transfers, and so on – it is up to the publishers. And while there is no ‘always online’ requirement, gamers DO need to check in with their XBOX every 24 hours or they will be unable to play games. Yes, that is right – for offline, single player games you cannot play if your internet is down for more than 24 hours. Period. And for games with Cloud features or online components, there will be an always-on requirement. The basic price mentioned is $499, which is more than the $399 launch price for the XBOX360 and the $299 high-end current retail price for the X360.

Sony has apparently been listening – and learning from past mistakes. While the PS3 was announced at $700 and launched at $600, the PS4 will launch for $399. And there is broad agreement that the gaming hardware of the PS4 is more advanced than the XBOX One.

But at E3, aside from finally revealing the actual product, they have revealed their strategy for used games and online access:

One thing not heavily featured is that Sony is moving to a required Playstation Plus account for online gameplay, which will be a $50 annual fee similar to XBOX Live. That hasn’t stirred much attention, perhaps because people are already used to a required paid online subscription.

What do you think about the contrast building between Sony and Microsoft? Will it matter, or is it just positioning that gets cheers and jeers from gaming blogs and forums but will disappear when the consoles launch and millions line up to buy them?