Titanfall: Expedition has released on PC and Xbox One! It’s the first of three planned downloadable content (DLC) packs ($9.99 each) on Xbox 360, Xbox One, and PC with the base first-person shooter game Titanfall. Players get three new maps – Runoff, Swampland and War Games. Runoff features an industrial complex while Swampland explains itself plus War Games features special simulation situations. 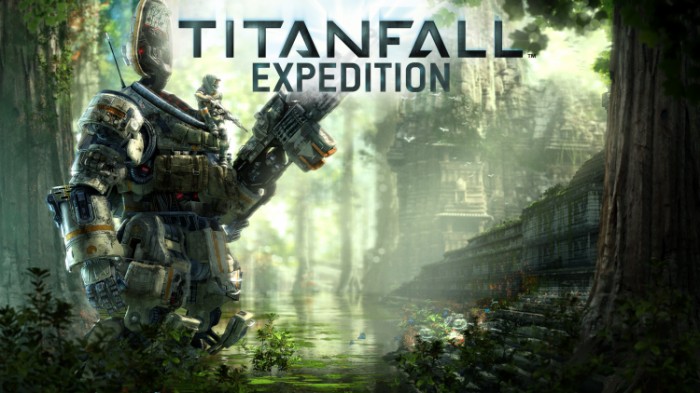 Titanfall: Expedition will release on the Xbox 360 in June. Players can save some money on all three DLC packs by purchasing the Titanfall Season Pass for $24.99.

The third update/patch also releases on the same day. Here are additional details on Titanfall: Expedition if you want to join the fight:

Heralded as “a new breed of multiplayer” by Game Informer and “the next big thing” by Polygon, Titanfall drops players in the middle of a conflict between the Interstellar Manufacturing Corporation (IMC) and the Militia on a distant frontier on the edge of the universe. The action is rapid and varied – featuring parkour-style wall running, massive double jumps and the ability to hijack titans. The freedom to shift back and forth between pilot and titan allows players to change tactics on the fly, attacking or escaping depending on the situation and extending the action vertically to new heights.