About five minutes ago, I shared a post from Fox News on Facebook which reported an incident in Houston TX describing a lawfully licensed handgun owner involved in a shootout with armed robbers. So far this is pretty normal type stuff. But upon clicking POST, Facebook presented me with the prompt: “Do you think anyone will report this post?”. 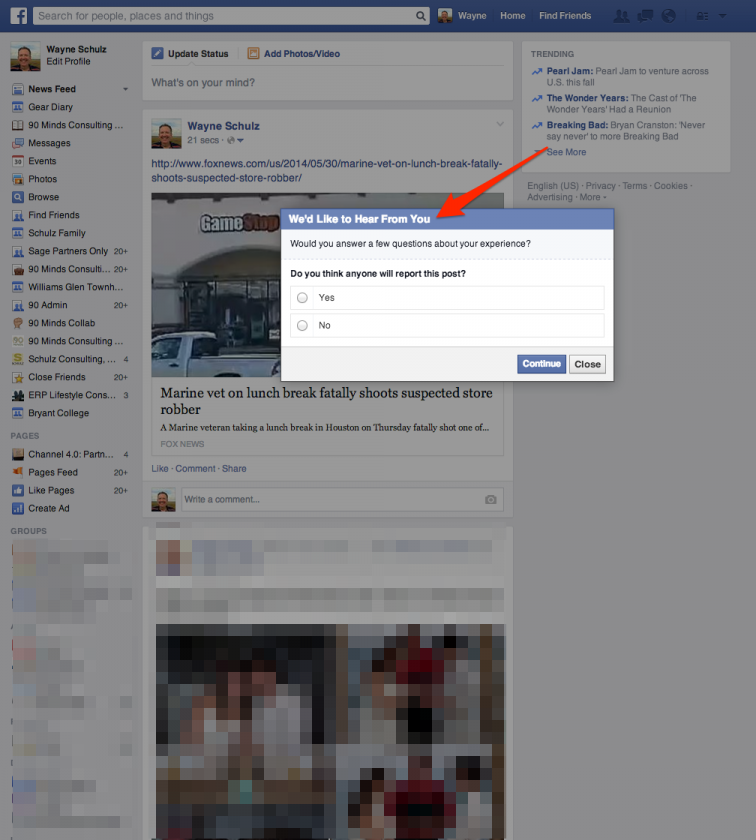 The initial question was followed by another – equally odd one – “Do you think anyone will ask you to take this post down?” 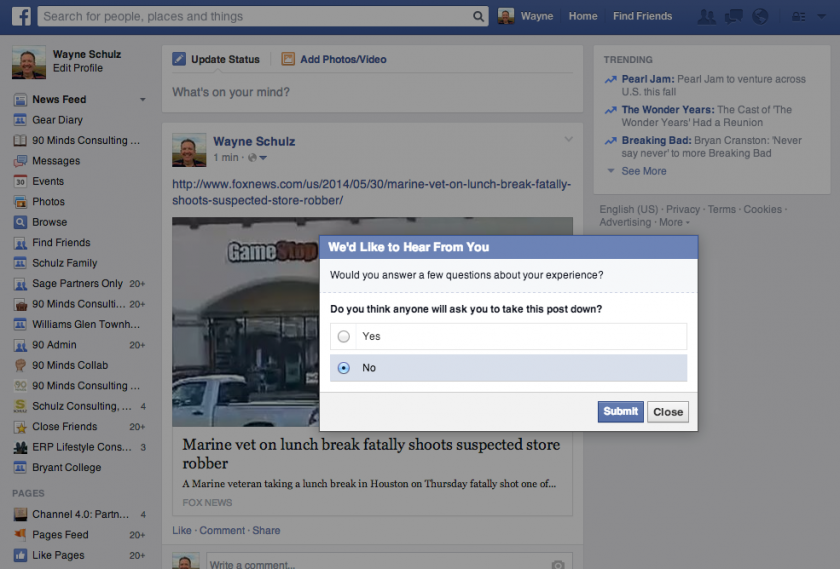 My main question is – what gives? Exactly what is Facebook trying to uncover? Does it think that most users are in the habit of posting content that will get them reported? Are they implying that sharing a news link from Fox News is likely to get a user reported or someone is going to ask them to take the link down?

The final screen simply thanks me for helping Facebook improve their experience. 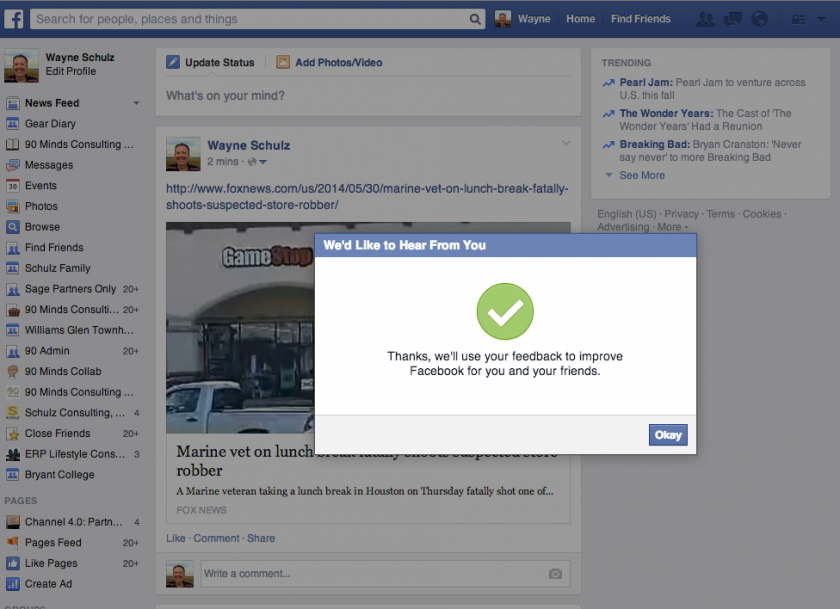