The first time I wrote about Marco Minnemann was in the context of Trey Gunn composing against a 52-minute drum solo by Minnemann in 2010. Then last year Minnemann was back as part of the Levin-Minnemann-Rudess trio, producing an incredible collection of music with appeal across jazz fusion, experimental and metal genres. Now he returns with a solo recording ‘EEPS’! 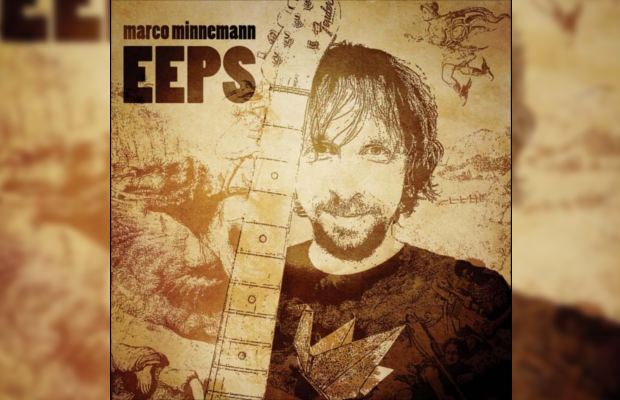 For ‘EEPS’, Minnemann takes his multi-instrumental skills to the extreme, playing all instruments and being intimately involved with the recording. Scott Schorr and Lazy Bones Recordings is behind the production, so you know it will sound great!

EEPS is available for pre-order now as a CD with 3 exclusive tracks. Here are a few details:

– A signature sound and cohesive vibe of melodic rock, experimental/avant garde and prog. with a few pop songs thrown into the mix.
– Not only an incredible drummer, but Marco is a great multi-instrumentalist. He played all the instruments on this record.
– CD includes 15 tracks + 3 bonus cuts exclusive to CD
– Produced by Scott Schorr and Marco Minnemann for Lazy Bones Recordings

Get more details from Marco Minnemann’s site or from Lazy Bones Recordings!

Check out this audio sampler: