While Judie and I were together last weekend, we discussed the features of the Sony Xperia Z2 we find most compelling. We both said we love the magnetic charging point that lets us quickly charge the phone. Having just flown to Israel, I have to say the built-in noise cancellation has now risen to the top of my list.

Both the Xperia Z2 smartphone and the Xperia Z2 tablet have noise cancellation built right into the device itself. In other words, the ability to “read” the ambient sound and then produce a corresponding sound that cancels out the noise and effectively yields a quieter environment is built into the design of the phone itself. 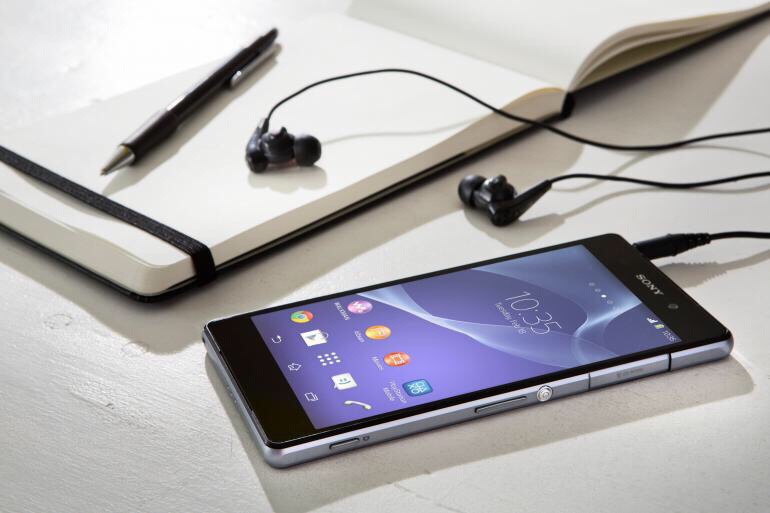 That, in turn, means that, so long as you have the correct headphones — currently there is a single pair of headphones that fit this bill — simply plugging them in the Xperia Z2 will create a quieter environment. There are no bulky headphones to wear and no battery to keep charged other than the phone itself. What looked to be a simple pair of Sony earbuds has, in fact, turned out to be a highly effective noise cancellation system.

I recently flew to Israel, and after my plane took off, I plugged in the headphones (my Sony Xperia Z2 didn’t include them so went through an importer on eBay to get them), and I found myself enjoying a far quieter ride. Now that might not sound like much, but consider this: I also had my Harman Kardon NC headphones with me. I love the comfort, fit, design and noise cancellation prowess of the Harman Kardon headphones. But when I went to try to get some sleep, they were large and bulky enough that I simply could use them. I plugged the Sony headphones in and, thanks to their minimalist design, was able to lean my head on the pillow comfortably. I enjoyed six hours of relative quiet as I slept.

The built in notice cancellation of the Xperia Z2 line may look like a gimmick, but it is something I have really come to appreciate, and it is something I hope other companies begin to include with their premium smartphones and tablets. Sadly,  I am hard pressed to see that happen.