Back in June I reviewed iRig Voice, which is a great fun microphone for amateurs with a solid feature set and a great price. Now they have released the iRig Mic HD, which steps up the features and sound quality and is more suited to budget-minded professionals and those seeking to make professional-sounding recordings. 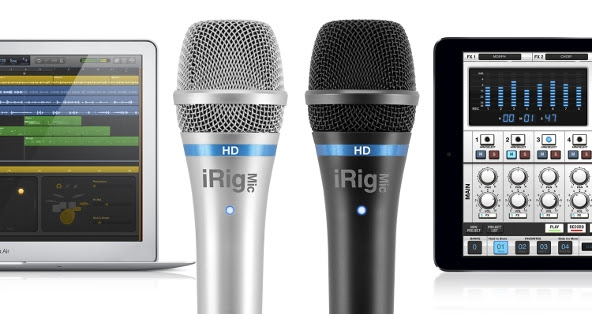 iRig Mic HD is the only mobile digital condenser microphone designed for live handheld performance and recording. It delivers high-quality digital sound via an electret condenser capsule, a 24-bit audiophile-grade A/D converter (with 44.1/48 kHz sample rate) and a built-in low-noise high-definition preamp. iRig Mic HD sports an easy-to-use gain control that allows for optimum audio capture at any sound pressure level, from the quiet whisper of an ambient room to the full blast of a loud rock concert. A multi-color LED provides at-a-glance monitoring of sound levels.

Pricing and Availability
iRig Mic HD is now available from music and electronics retailers worldwide for $129.99. An exclusive silver version is also available from the Apple Store.

For more information head to the iRig Mic HD page on IK Multimedia.